Why is There a Mole on Your Scalp?

If you are reading this oneHOWTO article it is likely because you are concerned about a mole or growth on your skin. While it is good to be concerned about any potential health risk, you should know that the majority of moles are completely benign (i.e. harmless). You may this that the moles on your scalp do not look like other moles which causes this concern. This is because even benign moles on your scalp can behave a little differently. To get to the bottom of this, we will look at what moles are, what type of moles are there and what you should look out for if you are at risk. By doing this we will be able to answer why is there a mole on your scalp? If you are at all concerned, seeking a physician's advice is always recommended.

You may also be interested in: Scabs on Scalp: Causes and Treatment
Contents

First of all, the word mole in this instance is a colloquialism. They are likely called moles because they burrow under your skin, just like their mammalian namesake burrows underground. Like these animals, some can be cute ("beauty spots" real or otherwise have had a certain allure since the 17th century) and some can be somewhat off-putting. The scientific word for moles is nevus and they can come in many different varieties. They have to do with the amount of melanin in your skin. More specifically, they form when melanocytes (the cells in skin which cause melanin production) clump together and grow in a cluster. This causes the darkened skin to come together into a mole on your scalp or other parts of the body. One of the reasons it is concerning is that moles can form due to neoplasias and hyperplasias. Neoplasias are the abnormal growth of tissue, most commonly in the form of a mass. This can be benign like a cyst, but can also be malignant like a cancerous tumor.

However, most nevus are nothing but the common mole. Moles are found most often in areas which have exposure to the sun. This is why most moles present above the waistline and more rarely on places which are covered. This is also why moles on the scalp, the part of a person closest to the sun, are common.

Most people have somewhere between 10 and 40 moles on their body, although we don't have an average for moles on your scalp. Birthmarks are a type of mole and nevus (plural nevi) is the Latin word for birthmark. This doesn't mean that all moles originate from birth. Although babies can have moles, they usually develop after being a toddler and on into teenage years. This doesn't mean they can't still grow moles on their scalp or anywhere else on into old age. It is equally possible for moles to disappear after advancement of years.

Common moles are characterized by their shape, size and color (as are cancerous moles, but more on that later). They will normally have a defined border, be smaller than ¼" wide (around 5 mm) and be either round or oval in shape. They can be a range of colors, but that color is usually consistent across the mole. People with darker skin will have darker moles and vice versa. It is often harder to see moles on your scalp because of the hair in the way.

What types of common mole are there?

Moles can be congenital and these are the ones which appear at birth. Equally, they will develop over time. A mole on our scalp may not fit into the guidelines of a common mole which we have just discussed. This is because moles on your scalp can behave a little differently. This doesn't mean that they are cancerous.

If there are benign moles on your scalp, but they don't fit into the common mole description, they are likely to be "atypical" moles. Atypical moles on your scalp or atypical nevi are ones which do not have a defined border, have variation in pigment and are sometimes raised from the skin. They might be flaky or scaly and can be an odd color. They are most commonly found on the back of the scalp, but can present in places like behind the ear or at the side of the head. This is perhaps because these are areas which people forget to protect from the sun. Often people think that hair alone is enough to protect from harmful UV rays, but unfortunately this isn't sufficient.

An atypical mole on your scalp is not cancer. It is only cancer if it turns into the type of skin cancer known as melanoma. While it is not cancer, it should be pointed out that having 10 or more of these atypical moles will make a person 12 times more likely to get skin cancer.

If you have gone to a physician to have the mole on your scalp checked out, but you do have some other atypical moles, you will need to take more precaution than others. However, it should also be said that everyone should take precaution when it comes to taking care of skin. You will need to wear sunscreen if out in long spells of normal sunlight. If the sun is strong where you are, you should wear sunscreen or keep your skin covered at all times. This is the case even if it is not a hot day as sun exposure for the mole on your scalp will occur whether or not the day is hot.

Colors of moles on scalp

Both atypical moles and common moles on your scalp may have a variety of colors. One of the most common is the red mole which can be caused by many factors. These include liver problems, poor diet, hormonal disorders, anxiety/stress or may even be hereditary. Sun exposure is still the most common cause. Red moles are scientifically known as cherry angiomas, but can also be known as nevus rubi (like a ruby birthmark). If they are not malignant, red moles will often present in different parts of the body. This can often be a mole on your scalp, but are not always easily identifiable, especially for people with thick hair. Some people may not even know they have a red mole on their scalp until they go for a haircut.

A hairy mole is commonly known as Becker's nevus, named after the doctor who first discovered them. It is caused by an overgrowth of skin cells and is often located to a small patch which looks like a mole. However, it is a legion which can also grow wider and form a patch of hair. It is most common in males, but there is relatively little known about it. It is unlikely to be more at risk of cancer, but similarly needs precautions taken. They can be difficult to diagnose as a mole on your scalp as there is already hair in this area.

While we associate the nevus with colored moles, nevi can also be caused by the absence of color. This is known as nevus depigmentosus and they do not come from the build up of melanocytes like other nevi, but from their malfunction. If you have a colorless mole on your scalp, it shows itself in a peculiar way. This is because the hair which grows on top of it will be colorless or white, even if the rest of the hair is dark. It is often thought by many to be a grey patch.

What to look out for with moles on the scalp

Moles on the scalp need to have an eye kept on them, but as this is often difficult to do oneself, it is a good idea to have someone you trust look at them regularly. This is because moles on your scalp can become inflamed, bleed or even cause headaches. If this is the case, you should go to a doctor immediately and have it looked at.

If the mole on your scalp becomes itchy or irritated it might mean that there is a bacterial infection. This is particularly the case if it has been knocked or banged and opened up. The dirt and bacteria around the area may have caused this infection. As this is also a symptom of melanoma, it should be checked out to see the cause.

Whether for cosmetic, medical treatment or preventative reasons, you may need to have a mole on your scalp removed. If this is the case, there are three main ways to go about it. The first is cutting it off. This is when a doctor or medical professional cuts it out from the skin. This can be dangerous as it might not always be easy to know how far deep the cells go. Because of this you will have to be thoroughly checked out before you take the surgery route. It can also be trickier if it is a mole on your scalp to see it, so you may need to have hair cut around the area.

The second way is by burning the mole on your scalp off. This is in itself can be done in two ways. The first is to pass an electric current through a metal instrument which burns the mole off with the energy created. The second is to use a laser. This is used more commonly as the technology develops and becomes more widely available. Lasers can be used to treat pigmentation also and is thought to cause less scarring. Because of this it is most often used for aesthetic mole on your scalp removal.

The third way is by using cryotherapy. This is when a substance, usually liquid nitrogen, is applied to the mole on your scalp. In doing so, you freeze the mole and make it easy to remove. It is the same process often used for large warts or verrucas. It is quite efficient and has a low rate of adverse side effects.

All fo these surgeries to remove a mole on your scalp are commonly done as outpatient surgery (i.e. you won't need to spend more time in the surgery than it takes to wait for and have the procedure). If anaesthetic is needed, it will be a local anaesthetic which should wear off in a short time.

If you want to read similar articles to Why is There a Mole on Your Scalp?, we recommend you visit our Diseases & secondary effects category.

Why is There a Mole on Your Scalp? 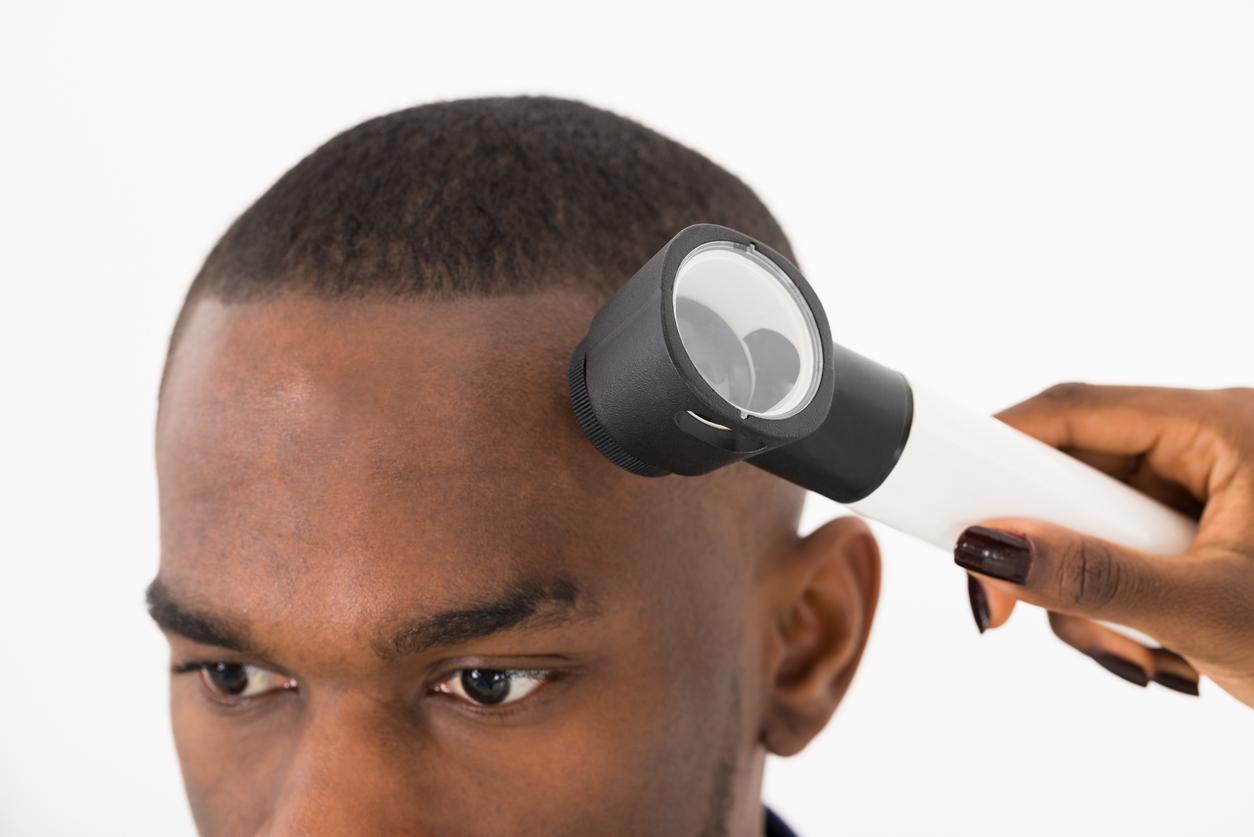 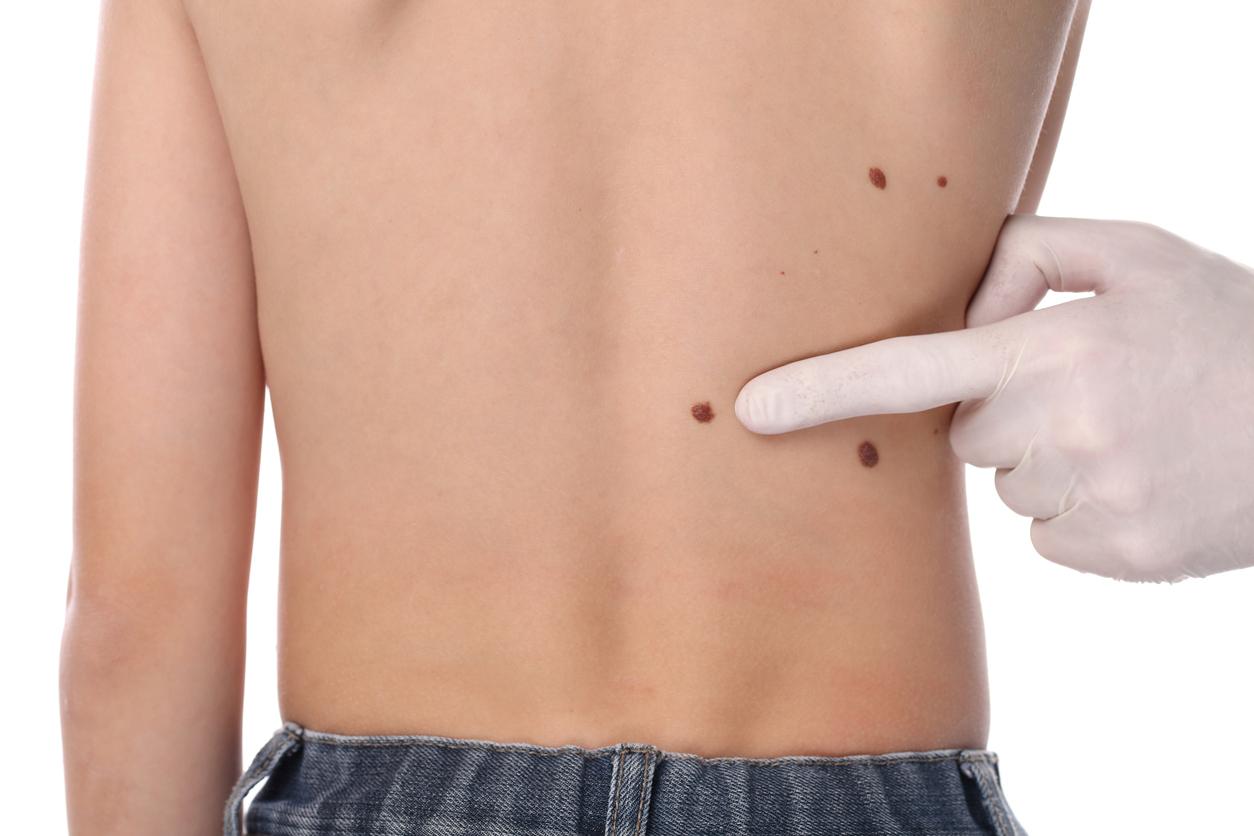 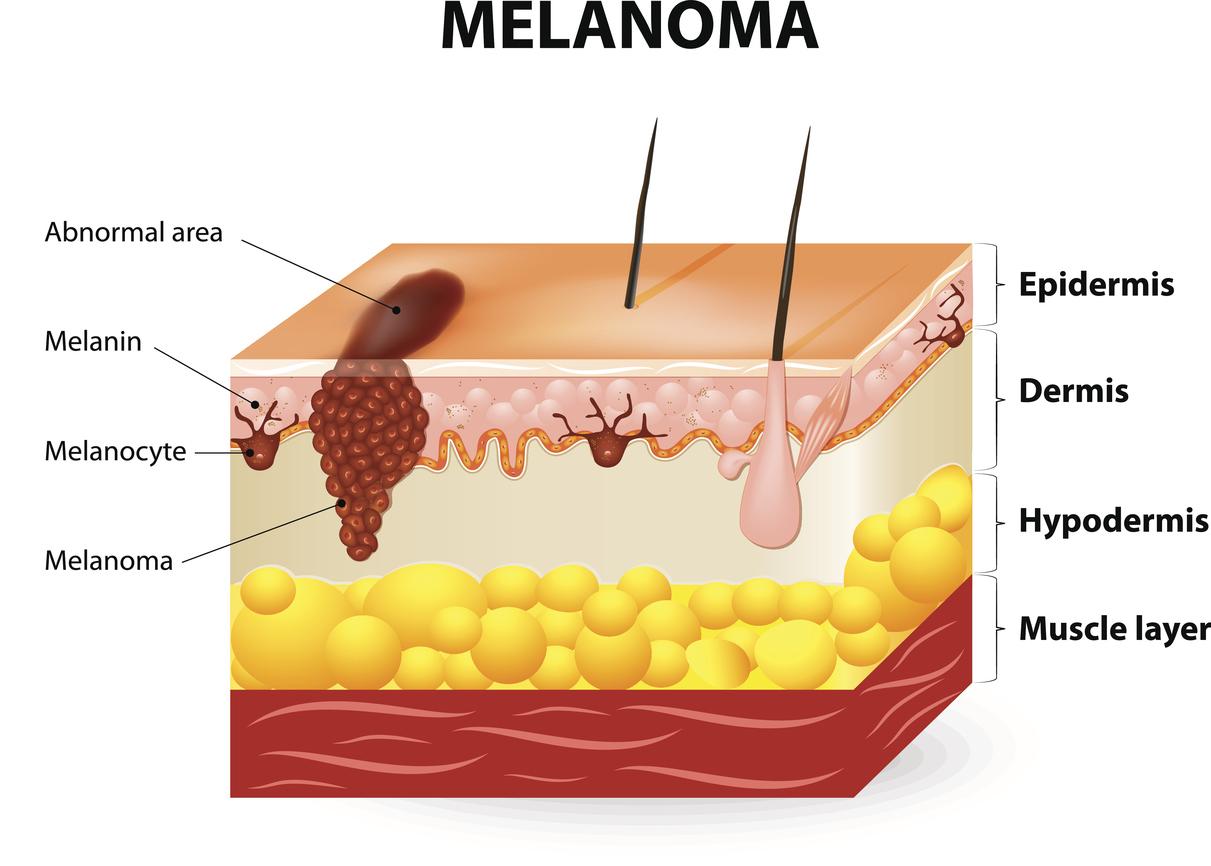 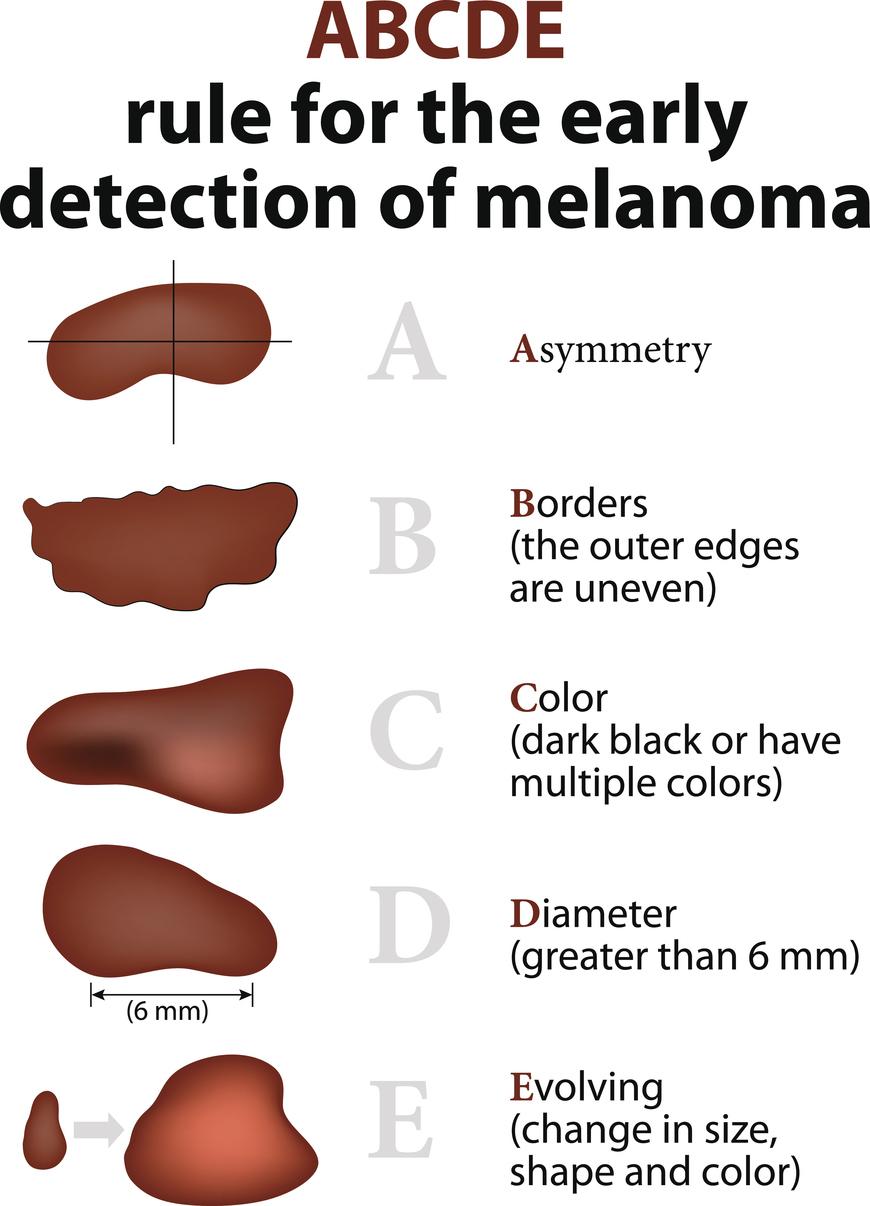 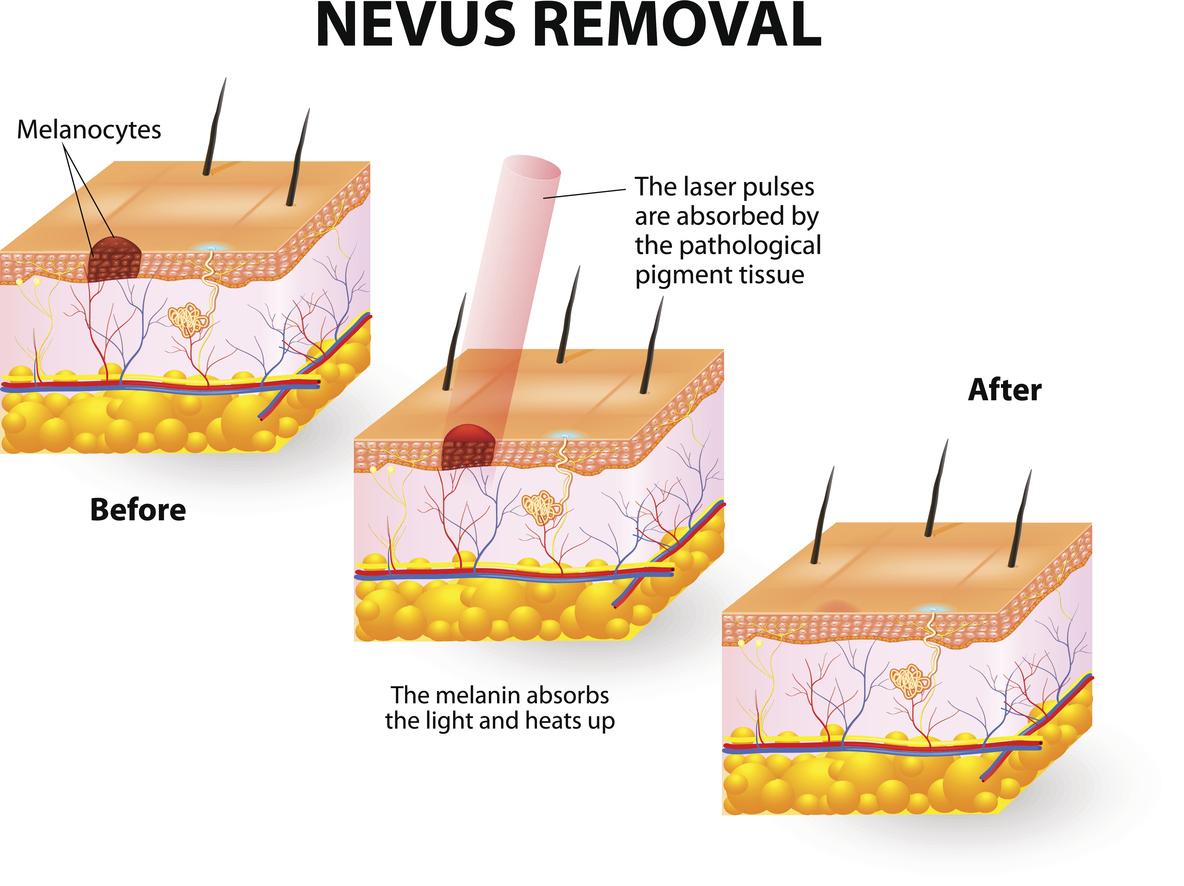