What Causes Red Moles on Your Skin

Red moles are small bumps which can occur in almost any area of the body, but appear particularly on the neck, face, chest or back. Characterized as being very similar to small common moles, the main difference is that their color is bright red. Bright red in many cases of course signals alarm, so their sudden onset can be a cause for concern. However, if you do find a red mole, you may see that they disappear the same way they came. This does not mean that red moles appear for no reason, there are some serious conditions which can make red moles appear on the body. In this oneHOWTO article we detail what the causes of red moles are so you can best prevent them and we'll provide some more information so you can better understand them.

You may also be interested in: Can a Red Mole Be Cancerous?
Contents

What are red moles?

We should always take notice of the appearance of spots or moles on our skin as it can be the cause of an underlying condition. However, with red moles, there is less chance of there being a serious concern. The main reason for red moles forming on your skin is as a sign that your body is out of balance. Red moles have various technical names, but the main ones are cherry angioma (or cherry hemangioma) or nevus cherry. They are red papules which form under the skin and are the result of an abnormal growth of small blood vessels, hence the red color.

A nevus and an angioma aren't necessarily the same thing as a nevus is a general term for what we often call moles, an aberrant or chronic lesion of the skin. These usually appear in the first two decades of a persons life and will usually be permanent. Beauty spots and moles are the most common forms. An angioma is a cluster of capillaries (small blood vessels) which grow abnormally and protrude from the skin. They are called red moles, but are not moles in the traditional sense and are not permanent unless they turn into something else.

People are more likely to get angioma skin markings approaching and after middle age as well as if they have fair skin. If you tick both these boxes you are even more likely to get them. They appear externally to be small moles between 1 to 4 mm in size which are reddish or purple. They may be raised into a dome shape and they can grow larger (up to a centimetre). They commonly appear in the neck, chest or back areas, although they have also appeared on the genitals, breast, legs, underarms, etc. As they are caused by capillaries, if they are knocked or damaged they have a tendency to bleed profusely.

These marks appear suddenly and spontaneously on our bodies, but they are unlikely to hurt at all. Their main issue is usually their cause of an unpleasant aesthetic of the skin. They are not like regular moles, which can be serious and cause greater health problems, but you should pay attention to them if they evolve, i.e. swell or grow in size. If you discover some kind of abnormality, it is recommended that you go to a dermatologist.

This type of mole on our skin usually appears suddenly due to some external cause which makes the blood vessels grow abnormally. This cause is usually due to factors of our daily lives which have promoted this imbalance in our body. Here we detail the causes of red moles specified by experts:

How to prevent the causes of red moles on skin

Now that we know the causes, we can discuss the methods for preventing red moles. We have already mentioned that one of the most common factors for these marks appearing is the malfunctioning of the liver, so it will be imperative to start taking care of this organ if you want to enjoy a healthy life.

Besides the liver, this type of mole is also caused by eating disorders and unhealthy living, so if you want to prevent them, take note of these tips:

As we've already discussed, the causes of red moles are usually harmless and are not a worrying sign of the health of your skin; they are indicators that maybe your diet is off or you are suffering the consequences of stress, hormonal changes or simple genetics. However, you must monitor this type of mole and seek medical advice in specific situations. These are:

However, if you don't have any of the previously mentioned, you can choose to remove your red moles for aesthetic reasons. This removal of red moles from the skin is becoming much more common in elective surgery, although costs vary according to medical insurance, doctor rates and the country to which the health service belongs. They might also offer cryosurgery (where the red moles are frozen off the skin) or laser surgery where they do the same thing with lasers.

If you want to read similar articles to What Causes Red Moles on Your Skin, we recommend you visit our Family health category.

What Causes Moles to Itch
How To Remove Red Moles
How To Stop A Red Mole From Bleeding
Why do we Have Moles on our Skin
Most read
1.
Natural Alternatives to Viagra
2.
How to Get Rid of Fluid Retention in the Legs
3.
What Does a Low Neutrophil Count Mean?
4.
Home remedies for ringing in the ears
5.
How To Get Rid Of Burning When Urinating
6.
How To Get Rid Of Fluid In Lungs
7.
What Happens if you Take Viagra and Don’t Need it
8.
What Is The Normal Range Of Lymphocyte Count

11 comments
Rating:
Mary Meadows
03/03/2021
I have a red mole on my lower eye lid. It's been there at least 25 years and I am 73 years old. I would like to have it removed as it seems to be getting larger. Is this a difficult procedure?

It can be tricky if it is on a sensitive spot such as the eyelid, however they can be removed. You should speak to your doctor to see what your individual case might be.
Rating:
Justin
20/08/2020
I am 15 years old and I have a circular red mold on my chest. I only have one but it is perfectly cylinder and a size of a small bead. Should I have this looked at?

If you have red moles on your skin and are unsure about their condition, then you should seek a doctor's advice. Age is a factor in developing cancer, even though it can be diagnosed at any age. If you need some help in detecting whether a red mole is cancerous, then you can take a look at this article for some more info:

As always, we cannot diagnose anything in these comments. However, if you are over 60 and haven't had a check up in a while, it is always a good idea to get screened.
DAVID PAGET
12/09/2017
FYI - Red Moles (cherry hemagiomas) are primarily caused by the body trying to excrete the toxic halogens - bromine, fluorine and chlorine from the body, through the capillaries. These toxic halogens bust up the capillaries and they begin to bleed out a bit forming a cherry hemangioma. The actual visible proof of this theory is that taking the proper dose of IODINE for the individual will drive the toxic halogens out of the body, and over 3-4 weeks the cherry hemangiomas completely disappear, although they can leave slightly raised bumps from the scarring of the damaged capillary.
Rating:
D.S.Bawa
17/10/2016
answer is highly informative and useful.
Rating:
jamie hooper
28/08/2016
my dog has one should i hav him looked at

OneHowTo Editor
07/06/2016
You should probably see a dermatologist, especially if the moles have grown into uneven shapes.
Samantha
04/03/2016
I have one on your forehead next to my temple on my right hand side it's got a little lump in it and it's getting bigger I've had it since I was little I'm now 22?

Alba Charles (oneHOWTO editor)
07/03/2016
If it's getting bigger is advisable that you visit your doctor. A professional will tell you whether it's better to remove it or not.
Jeetu
21/02/2016
I have a red mole on my right forehead and any time blood running from this mole. Pls tell me about this. What is reason and how can remove and any treatment. Pls help.

Alba Charles (oneHOWTO editor)
22/02/2016
Any of the causes stated on the article could be the reason why your red mole appeared. If it's bleeding the best is to see a doctor and he/she will tell you what to do and how to remove it.
Jaqueline Belan
30/01/2016
My goodness ! Interesting read ! My chest, abdomen, upper legs, now arms are Peppered with these! Some are larger n raised , and are multiplying rapidly ! I'm becoming very concerned as a few I'm sure are normal , but I'm thinking as many as I have , as fast as they are mutiplyimg , NOW I'm concerned ! I am dealing with health issues however, I keep stressing n pointing out these are getting larger, darker n spreading way to quickly but my pcp just ignores them n me , I'd just like peace of mind as to what these are and why I'm Covered in them !! Any input would be appreciated !

Alba Charles (oneHOWTO editor)
01/02/2016
Hi Jaqueline,
it seems like the best thing you could do is talk with your doctor. If he/she's ignoring you, try asking another one. He or she will give you the best diagnosis.
Regina Tittel
28/09/2016
Dandelion tea is a natural liver detoxer. Google how to prepare the roots of dandelions and make your own tea to drink. You'll notice a difference in how you feel very soon and maybe the red spots will even go away.
What Causes Red Moles on Your Skin 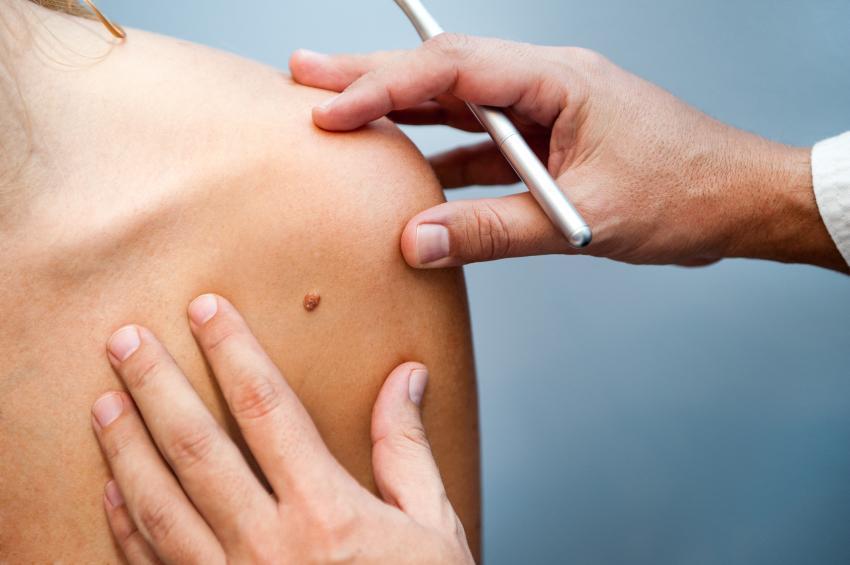 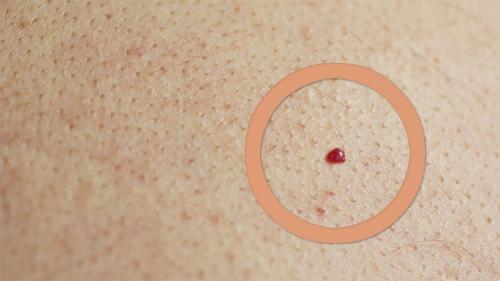 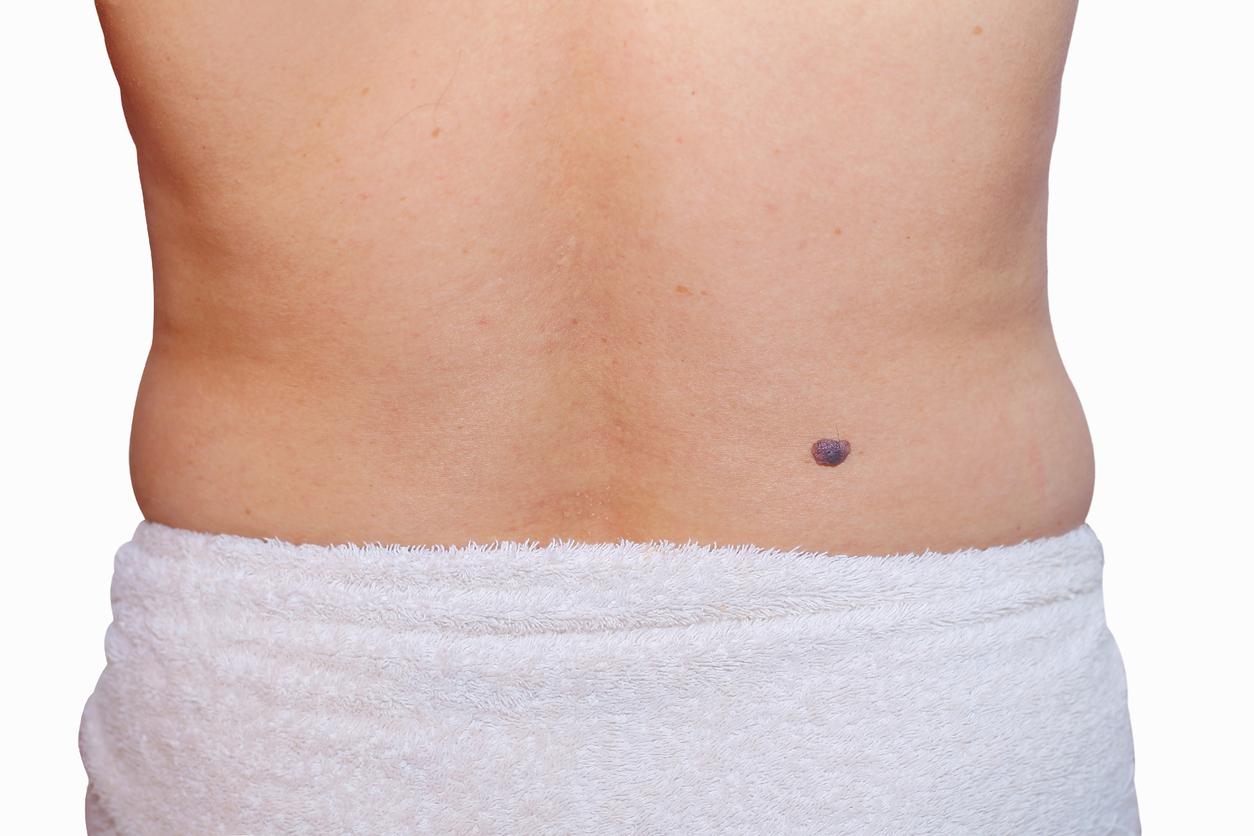 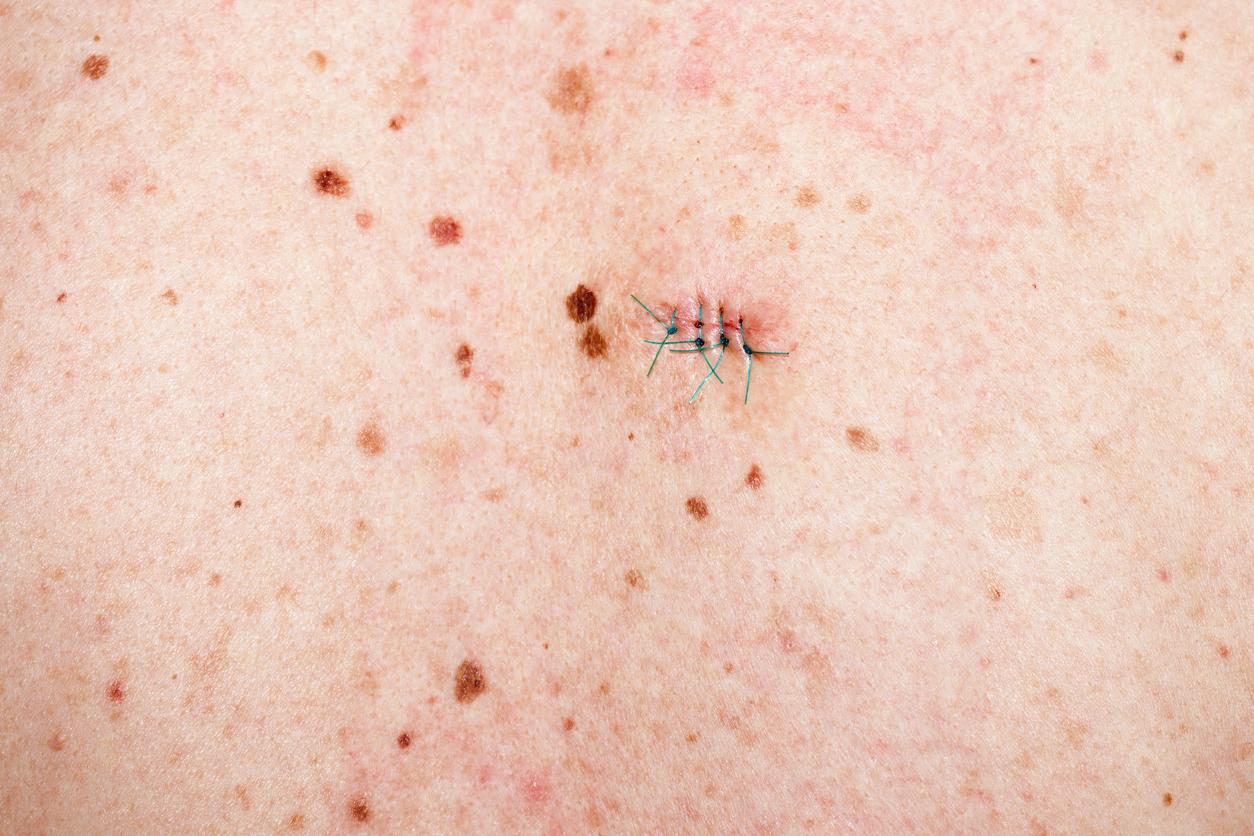 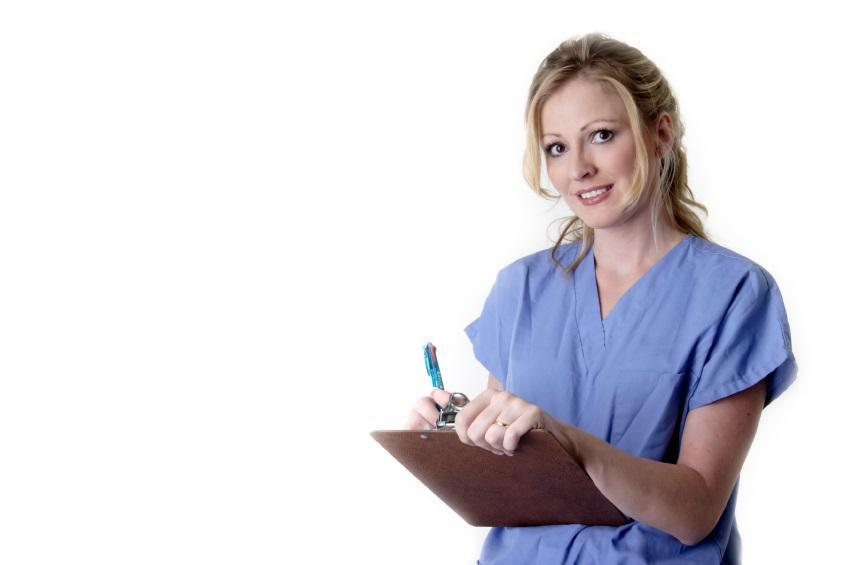