We know that deciding how much to eat while pregnant can be difficult. Natural food cravings exist for women to make sure they are sustaining the unborn infant inside them. Some women may feel that their eating might be affecting how much weight they put on during pregnancy. For those who are health conscious or who simply want to stay healthy before, during and after pregnancy, keeping an eye on weight gain is important. This is the case for both mother and child. However, if you put on more weight than expected, perhaps there are other factors to consider. This oneHOWTO article answers the question is pregnancy weight gain genetic? In doing so, we can see how to keep weight under control during pregnancy.

You may also be interested in: Is Having Twins Hereditary?
Contents

Concerns over weight gain during pregnancy

It is difficult for many people to lose weight. It is even harder to keep it off. While a healthy body image is important, there are concerns about being overweight at any stage of life. It can restrict your mobility, lead to development of certain diseases and, importantly, increase mortality.

When it comes to pregnancy, obesity is an important factor in terms of the prospective health of a baby. In cases where both parents are obese, there is a 70% chance of the child becoming obese at some stage in their lives. This is only 20% if the parents are not obese[1]. This can be partly explained by lifestyle and environmental issues after the birth of the child. However, the same report states that adopted children have correlated weight gain according to their birth parents. This, at least, suggests a genetic influence in weight gain.

While it is important to remember that many factors exert influence over child development during pregnancy, links have been found between certain metabolic conditions (MCs) and autism spectrum disorder. Metabolic conditions in this study include diabetes, hypertension and, pertinent to our discussion, obesity. Krakowiak et al examined the link between MCs and autism, concluding that they may be "broadly associated with neurodevelopmental problems in children" and that rising obesity "appear[s] to raise serious public health concerns"[2].

It is not just the health of the child, of course, which is of concern to women during pregnancy. Between 1983 and 2009, the amount of women who are obese when they begin pregnancy rose from 24% to 45%[3]. Furthermore, the amount of weight gain "before, during, and after pregnancy... may also be a primary contributor to the future development of obesity in women during midlife and beyond".

Obesity during pregnancy can also lead to certain metabolic conditions and other diseases in the mother. It can lead to an "increased risk of hyperglycemia... and diabetes"[4]. According to the American College of Obstetricians and Gynecologists (ACOG), women who are obese during pregnancy are also more likely to have a cesarean delivery, develop preeclampsia (a high blood pressure disorder) and sleep apnea[5].

The ACOG also state that children of obese mothers during pregnancy can make it difficult for doctors to carry out diagnostic tests in the womb thanks to the increased amount of fat. Obesity can also increase the likelihood of having birth defects. Most concerning, however, is the heightened risk of premature birth, miscarriage and stillbirth.

Is the weight you gain during pregnancy due to genetics?

Now that we know obesity in women during pregnancy can increase certain health risks to both mother and baby, we need to know how much of this weight gain is genetic. It is believed genetic factors do indeed play an important role in human obesity.

There was a big breakthrough in 1994 when the ob gene was discovered in mice and was seen to mimic the corresponding gene in humans. It is thought that this gene may have adverse effects on the central nervous system, causing it to "inhibit food intake and/or regulate energy expenditure"[6], both important factors in obesity among humans. It was a major discovery as many researchers had suspected genetic factors in human obesity, but had little conclusive evidence.

Another element of genetic disposition goes back to our ancestors. According to the Journal of Applied Physiology, there is a theory that "thrifty genes" have influence on humans and the currently rising amounts of obesity in developed countries. These genes existed to help us survive during cycles of activity and rest. Glycogen and triglyceride might serve a role during energy and fuel usage in the body. "However, a continuous sedentary lifestyle has resulted in a stalling of glycogen and triglyceride stores at high levels"[7]. This means that we are less active, but still saving up fuel as if we were to have more active periods. The possible end result is obesity.

Even this evidence, however, is tempered by something Stunkard refers to as "social factors in the determination of obesity" which need to be "put into context so that genetic influences are neither exaggerated nor minimized". These social factors play a significant role in the risk of obesity. According to a 2006 study from University of Pennsylvania School of Medicine[8], some of these factors include:

According to the study, the physical way people eat also has a bearing on obesity. Satiety means being full and no longer wanting to eat. The study claims satiety ratings were "30 percent greater following meals eaten with others compared to meals eaten alone", suggesting that we eat more when dining alone. Satiety is improved even more so when food is eaten with a friend or family member than with strangers or relative strangers.

It is safe to say that genetics do affect a mother's health and weight gain during pregnancies. It is wrong to say that it is the only factor. One particular report found that being overweight before pregnancy might be one of the most important factors in the health of the mom and baby. This is particularly the case if a woman is overweight during a previous pregnancy or pregnancies and hasn't lost the weight between them[9].

How does an expectant mom get weight gain?

There are many factors a soon-to-be mom must consider when she gets pregnant. Much of this has to do with their physiology, but there is much more to consider. According to one report, weight gain of a woman during pregnancy (known as gestational weight gain) includes physiological, "psychological, behavioral, family, social, cultural, and environmental factors"[10].

The report also discusses some of the genetic and pre-exisiting condition issues which we have already discussed here.

How to stay a healthy weight during pregnancy

We have found that genetic factors are related to weight gain during pregnancy. However, they are not the only ones. If you were to rely solely on "good genes" to get you through, then you may be in trouble. Controlling diet, staying active and getting enough rest are all important factors.

The Institute of Medicine of the National Academies have released guidelines[11] for the total weight gain during pregnancy. It is related to the body mass index (BMI) of expectant mothers and is calculated by how over or underweight you are before pregnancy. It is as follows:

The above guide is here to help you if you are or plan to be an expectant mother. Weighing yourself regularly is a great way to keep on top of your health during pregnancy. Here are some more tips on how to stay the correct weight during pregnancy, no matter your weight before you become pregnant:

Calories to eat during pregnancy

You don't necessarily need to count calories during pregnancy days, although you can discuss them at your regular doctor check ups. The U.S. National Library of Medicine[12] has a guide on how many calories to ear during pregnancy which we have replicated below:

Regular servings of cereal, vegetables, dairy and protein are important, just as they are at any point of life. Many vegetarians and even vegans might turn back to meat temporarily during pregnancy. This is because it can be difficult to get the right amount of protein and other essentials which are abundant in animal products.

However, it is indeed possible to stay on vegetarian/vegan diets when pregnant. The same goes if you have certain dietary restrictions like coeliac disease or lactose intolerance. Speak with your doctor and/or a qualified RDN (registered dietitian nutritionist) to ensure you get all you need during pregnancy.

If you want to read similar articles to Is Pregnancy Weight Gain Genetic?, we recommend you visit our Family health category.

Vaginal Varicose Veins During Pregnancy: Causes And Treatment
Is it Safe to Take Spirulina During Pregnancy? - The Answer
Is It Possible To Predict Boy Or Girl By Heartbeat?
Is it Possible for Twins to Have Different Fathers?
Most read
1.
Natural Alternatives to Viagra
2.
How to Get Rid of Fluid Retention in the Legs
3.
What Does a Low Neutrophil Count Mean?
4.
Home remedies for ringing in the ears
5.
How To Get Rid Of Burning When Urinating
6.
How To Get Rid Of Fluid In Lungs
7.
What Happens if you Take Viagra and Don’t Need it
8.
What Is The Normal Range Of Lymphocyte Count 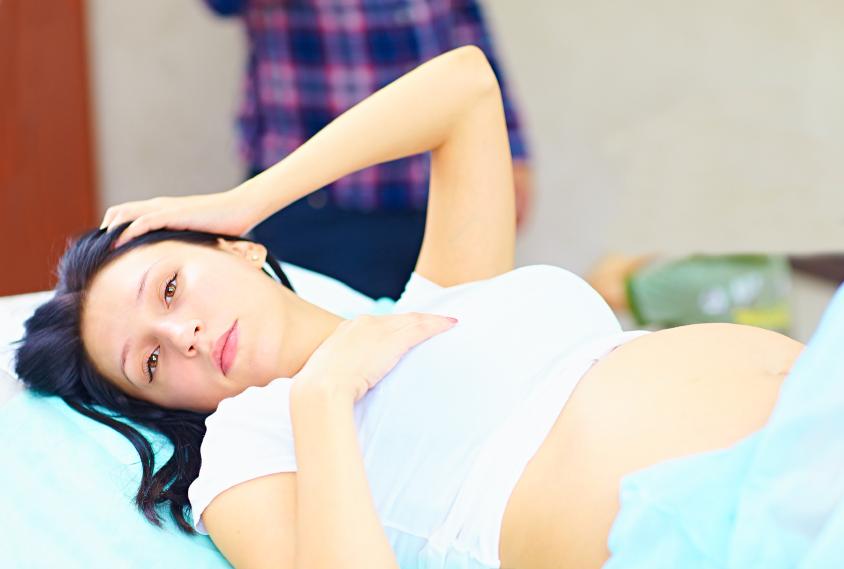 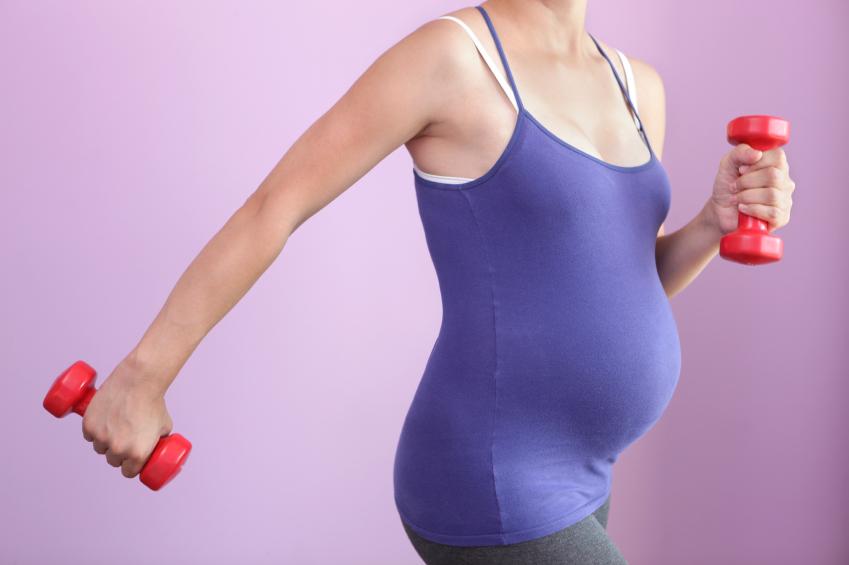 1 of 3
Is Pregnancy Weight Gain Genetic?
Back to top