Is It Possible To Predict Boy Or Girl By Heartbeat? 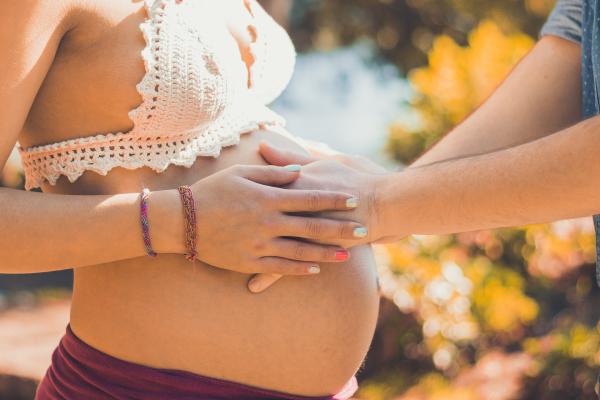 For expectant parents, waiting for nine months before they can discover the gender of their child can be frustrating. Whether you want to know your child’s gender out of simple curiosity or have more practical considerations to make like how to decorate your nursery, you may be trying all sorts of things to get a head start on mother nature. One theory of doing so is predicting a baby’s gender by heartbeat. In India prenatal sex discernment is illegal, while prenatal sex selection is also banned in some countries. This and the expensive of testing has led to many soon-to-be parents look for alternative methods of trying to know the sex of their baby. But do they work with any decent rate of success? Since there is no scientific evidence to support whether it is possible to predict boy or girl by heartbeat, let’s find out some detail about this theory in this oneHOWTO article.

You may also be interested in: Is it Possible for Twins to Have Different Fathers?
Contents

Where did the heartbeat theory originate?

It is difficult to determine exactly where the theory of heartbeat sex determination originated, but it has been perceived wisdom in folklore for a long time. Even some medical professionals have propagated this myth in clinics and hospital wards, although perhaps less so now. Doulas and labor assistants may also make this claim and check the fetal heart rate to try to determine the unborn's sex. The theory has been so thoroughly widespread that a medical study in 1998[1] was carried out to see if the fetus's heartbeat had any significance in terms of gender. However, many people who claim the theory as accurate may not have much in the way of scientific evidence to support it.

Difference between the fetal heart rate of females and males

According to the theory, boys and girls have different rates at which their heart beats in the womb. If the baby’s heart rate is less than 140 bpm, then it’s a boy, and if the heart rate is more than 140 bpm, then it’s a girl. But according to scientific evidence, the heart rate may differ inside the womb, but not according to their gender. You cannot determine the gender of a baby based on its heart rate alone. This is, essentially, the finding of the aforementioned study as well as other medical studies performed to determine the theory's validity.

Medical professionals should not approve any correlation between the gender of a baby and its fetal heart rate. The rate at which a baby’s heart beats depends on the fetal age, anatomy and physical health. Apart from that, the more active your baby is inside the womb, the higher heart rate will be. The heart rate also tends to reduce during periods of sleep and inactivity. The reason is the supply of oxygen to muscles during additional movements.

How to detect the heart rate of your fetus

Fetal heart beat is most commonly detected with a hand-held Doppler device. This device projects the sound of a baby’s heartbeat with the help of a speaker and uses sound waves and ultrasound technology to do so. With the help of this device, everyone in the room can listen to the galloping heartbeat of the baby inside your womb. This device is often used after 12 weeks of pregnancy, up until your labor. Sometimes, it is also used during the labor to keep the fetus monitored.

Although a baby’s heart starts beating around 5th - 6th weeks of pregnancy, it is too vague to be heard with an ultrasound only. Depending on the age of your pregnancy, the ultrasound may be vaginal or trans-abdominal. The type of ultrasound conducted also depends on the shape of your body, the location of your uterus and the amount of fat you have on your body.

With developments made in the field of ultrasound technology, heartbeats can be heard even during the first trimester of pregnancy. Between 6 - 7 weeks, only some flickering pixels are seen on the ultrasound screen. At this time, the baby has a very slow heart rate. By 8 - 10 weeks, the baby’s heart beat reaches around 170 - 200 beats in a minute. This rate slows down gradually and reaches 120 - 160 bpm by the middle part of the pregnancy. It should be noted that the baby’s heart rate keeps fluctuating all through the pregnancy. For instance, the heart rate increases when your baby tries to move around within the womb. So, even if you were using heart rate to determine the gender of your baby, a fluctuating heart rate is to be expected and an average heart rate while resting would be needed to get an accurate reading.

Factors which decide your baby's sex

How reliable is the heartbeat prenatal sex determination theory?

Heart rate is one of the most unpredictable ways of determining the gender of your baby, but many women, and even midwives, swear by it and rely on it to make the prediction. Since there are only essentially two choices to consider, whether a boy or a girl, they have at least a 50% chance of guessing it right. However, the heart rate of your baby may differ from one doctor’s visit to the next. The age and activity level of your fetus may also make a difference in your fetal heart rate. Heart rate may also vary at different parts of the day. So, the theory of predicting a boy or girl by heartbeat is not scientifically reliable, even if many people have found it to be successful.

There are many folkloric tales of how to tell the gender of your baby. Some of them recommend putting a needle on a string or using crystal pendulums to find out the sex. Tarot readings have been consulted by some while others have used spells to try to influence the gender of the baby. None of these methods have any sound medical evidence to prove their accuracy. Any claims of success are merely down to sentimental or anecdotal reasons.

There are several other methods people use to determine the gender of a baby, including Chinese gender charts, wedding ring test, Draino gender test, carrying low or carrying high, baby weight, morning sickness, skin glow test and others. But all of them are thought of as old wives’ tales and there are only two ways that can predict a baby’s gender scientifically:

Ultrasound: an ultrasound during the middle of pregnancy can be the most reliable way of finding out the gender of a baby. It looks into the external genitalia of the fetus and tells whether it’s a boy or a girl. However, there are chances of mistake even with ultrasounds and has some percentage of wrong prediction.

Cell Free DNA: cell-free DNA tests can accurately predict a baby’s gender. This test uses the blood and serum of the mother to look for the DNA of the fetus and determine its gender. It is often used to screen the baby for any genetic issues and finding out the sex is an added bonus that comes with it. It is controversial in some areas and has been banned in India to prohibit expectant parents from aborting the child in favor of a male birth (although there are more complicated aspects to the argument for and against this stance[2]).

Finding out the gender of your baby is one of the most exciting parts of pregnancy, but be sure that you don’t rely on any folklore methods to make a big decision. Using fetal heart rate to predict boy or girl is one of such methods that do not have any scientific basis. You can’t rely on its results and may end up spending money on gender specific items unnecessarily.

While the sex of your baby is certainly going to be of interest to you throughout your time as a family, it is important to question your own views of why you want to know. Would you be disappointed if you knew your child was going to be one sex and not the other? Do you have prejudice about this possibility? If so, it is wise to question it. Similarly, while we have been using the terms gender and sex interchangeably in this article, it is important to know the difference. Read our article about gender identity and being genderfluid to learn more.

If you want to read similar articles to Is It Possible To Predict Boy Or Girl By Heartbeat?, we recommend you visit our Family health category.

Old Fashioned Names for Babies
5 Ways to Prevent Teenage Pregnancy
Why It Is Not Safe To Eat Sushi During Pregnancy
Is it Safe to Take Spirulina During Pregnancy? - The Answer
Most read
1.
Causes of Pain in Right Side of your Stomach
2.
How to Get Rid of Fluid Retention in the Legs
3.
What Is The Normal Range Of Lymphocyte Count
4.
What Does a Low Neutrophil Count Mean?
5.
How To Get Rid Of Burning When Urinating
6.
The Best Natural Alternatives to Prednisone
7.
How Long Does it Take for Prednisone to Work
8.
Is it normal to have a body temperature of 34.8 - 35ºC?

Is It Possible To Predict Boy Or Girl By Heartbeat? 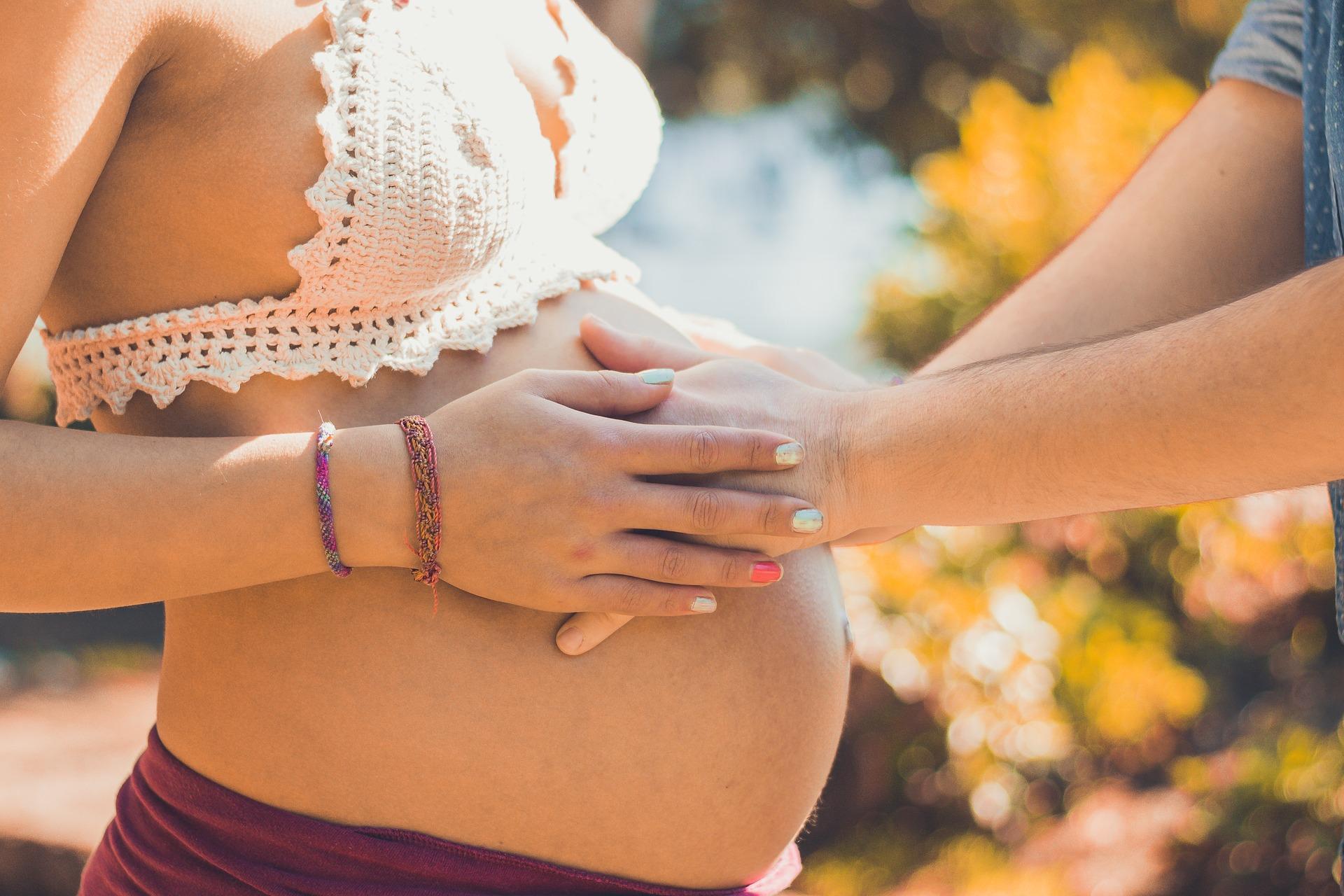 Is It Possible To Predict Boy Or Girl By Heartbeat?
Back to top