Is Cracking Your Knuckles Bad for You? 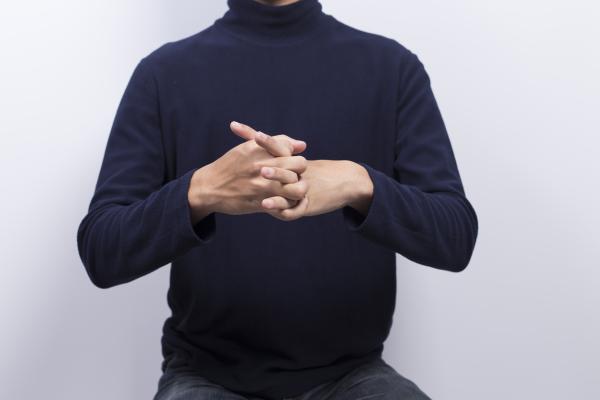 You've seen it in action movies and thrillers. The villain stands over our bloodied hero in a darkened warehouse. About to make his final move he puts one hand over the other and pushes. His knuckles release an intimidating crack, the audience on the edge of their seats. If your response is "well he's getting away with murder, but my mom says all that knuckle cracking will lead to arthritis when he's older", then we may have some disappointing news. Cracking your knuckles is for many a creepy and unnerving habit for the observer. However, the actual physical effects of knuckle cracking might be quite benign. Let oneHOWTO tell you more by answering is cracking your knuckles bad for you?

You may also be interested in: What is the Difference Between Arthritis and Osteoarthritis
Contents

While many of an older generation are convinced of the problems caused by cracking your knuckles, understanding knuckle cracking is so far theoretical. Some research has been conducted which supports three main theories:

Finding out information about knuckle cracking has had limited study in the scientific community, but there are a few of note. They often have contradictory outcomes. A 1990 study by Castellanos and Axelrod investigated the long-term effects of knuckle cracking. They took 300 patients over the age of 45 and attempted to see if there was any link between the 74 knuckle crackers and 226 non-knuckle crackers. The outcome showed no evidence either group were more likely to have "neuromuscular, inflammatory or malignant disease". This was regardless if they were habitual knuckle crackers or not. However, it did see evidence that knuckle cracking may have led to lessened grip and more likelihood to have swelling.

As technological advances have occurred, studies into knuckle cracking might be more conclusive. A 2011 study by deWeber, Olszewski and Ortolano used radiographs from patients of both knuckle crackers and non-kunckle crackers. This showed no real difference in either group when it came to having osteoarthritis. It also concluded the length of time and frequency of cracking joints seemed to have little to no effect on the probability of having osteoarthritis.

The Ig Nobel Prize is an annual award given to scientists who have earned trivial or unusual (often humorous) achievements in their field. While the award is partly satirical, it also provides another angle to look at certain studies. It is not uncommon for well respected, even Nobel Prize winning, scientists to be given the "honor". One winner was Dr. Donald Unger who conducted his own research into knuckle cracking. He heard his relatives since his youth claim cracking knuckles will result in arthritis. He had a simple control and independent variable set up. For 60 years he did not crack the knuckles of his right hand, but at least twice a day cracked the knuckles of his left. After this time, his results concluded that there was no evidence of arthritis in either hand. In this way he contradicted his relative's firm beliefs.

The prevalent belief is that knuckle cracking is bad for you because it can lead to arthritis. As the discussed studies seem to prove, there is no link in actuality. The reason this belief is so strong may be because of the physical discomfort cracking knuckles seems to provide. You can crack your knuckles by closing one hand tightly over the other. But many people also have a habit of pulling their fingers away from their hands to cause the knuckle cracking sound.

If you pull an elastic band too far, it will never return to its original shape as it has exceeded its elastic limit. It could be that people sense the same happening when someone cracks their knuckles. It does appear to be doing some damage to the individual. Anywhere between 25% and 54% of people crack their knuckles. This depends on gender (women crack knuckles less than men) and location.

Joint cracking is not limited to knuckle cracking. You can see this when older people or people who have suffered an injury have cracking noises in other parts of their body. Often people get it when they stand up after sitting down for too long. While there may be similar processes to the increase of fluid in a joint cavity as is seen with knuckle cracking, this does not mean that it is the same cause. Arthritis is a general term for more than 200 individual diseases or conditions. It can be caused by the degeneration of cartilage and bone caused by injury as well as infections and chemical deficiencies. People with arthritis in the hands often have inflammation in the knuckles and clicking sounds can occur. However, although people with arthritis may find it easier to crack their knuckles, this doesn't mean that cracking knuckles causes arthritis. Unlike cavitation, knuckle cracking in arthritis sufferers is more likely to be from snapping irregular or swollen tissues.

Many people experience an enjoyable sensation when they crack their knuckles. This is likely caused by the increase in synovial fluid. This can make you feel more limber and loose, could be why habitual knuckle crackers often do it before physical exercise.

Going back to our introduction, cracking knuckles is often seen as a sinister pastime. Worse for some is that it is an annoying one. When someone in our work or general breathing space cracks their knuckles, it can be very distracting. If often elicits a pained response from the the observer. The breaking of bones or dislocation of joint sockets is accompanied by the sound of cracking and/or popping. It makes sense we equate the sound of knuckle cracking to something more serious, regardless of its benign actuality. However, we also get annoyed by sounds like drumming fingertips on your desk or clucking sounds in the mouth. They could be frustrating sounds of interference which annoy us for other reasons. These reasons are often frustration or even a mere desire for peace.

For the knuckle cracker, there must be some benefit otherwise it wouldn't be so common. Cracking knuckles before exercise or even going into a stressful situation can give us the sensation of preparedness. Similar to jumping up and down on the spot or even giving yourself a bracing slap in the face. This may be enough of a psychosomatic trick to ready yourself. It can also make you feel more relaxed. Like popping bubble wrap, bursting soap bubbles or peeling off the static cling from a plastic file cover, cracking knuckles can be weirdly satisfying.

Should you crack your knuckles?

If there is no provable health concern when cracking knuckles or that knuckle cracking is bad for you overall, should you do it? When it can make you feel relaxed, ready or even releases some dopamine into your brain, then why not? The studies are quite inconclusive, so more research is needed to prove otherwise in the future. From what we have to go on now, cracking knuckles doesn't seem to be a concern. That is as long as everyone in your general vicinity doesn't have a problem with your knuckle cracking practice. Perhaps the decision to not crack your knuckles has less to do with medical science and more to do with social politeness.

If you want to read similar articles to Is Cracking Your Knuckles Bad for You?, we recommend you visit our Diseases & secondary effects category.

The Best Juice Recipes for Arthritis
Home Remedies for Osteoarthritis
How to Take Turmeric for Arthritis
How To Make Juice For Arthritis
Most read
1.
Causes of Pain in Right Side of your Stomach
2.
How to Get Rid of Fluid Retention in the Legs
3.
How Long Does it Take for Prednisone to Work
4.
What Does a Low Neutrophil Count Mean?
5.
How To Get Rid Of Burning When Urinating
6.
What Is The Normal Range Of Lymphocyte Count
7.
Can Hot Weather Cause Diarrhea?
8.
What are the Symptoms of Low Platelets

Is Cracking Your Knuckles Bad for You? 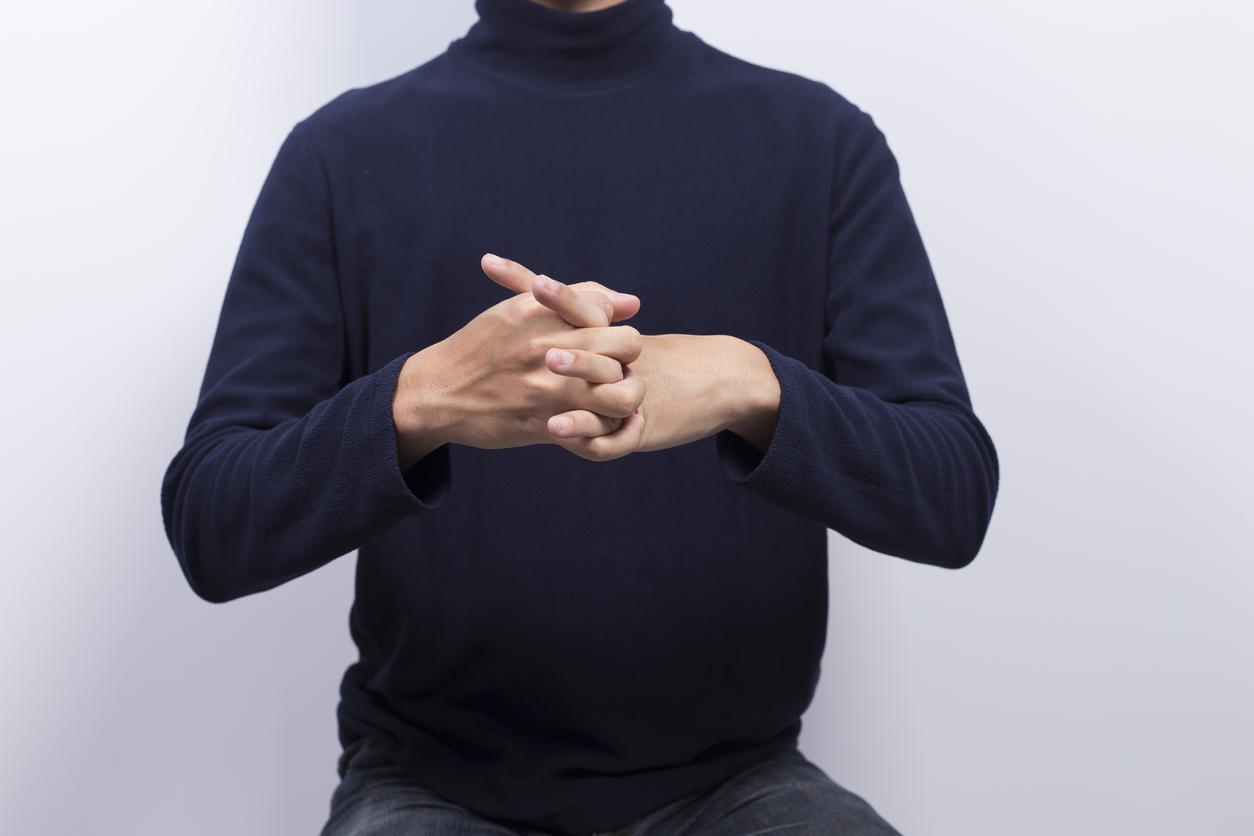 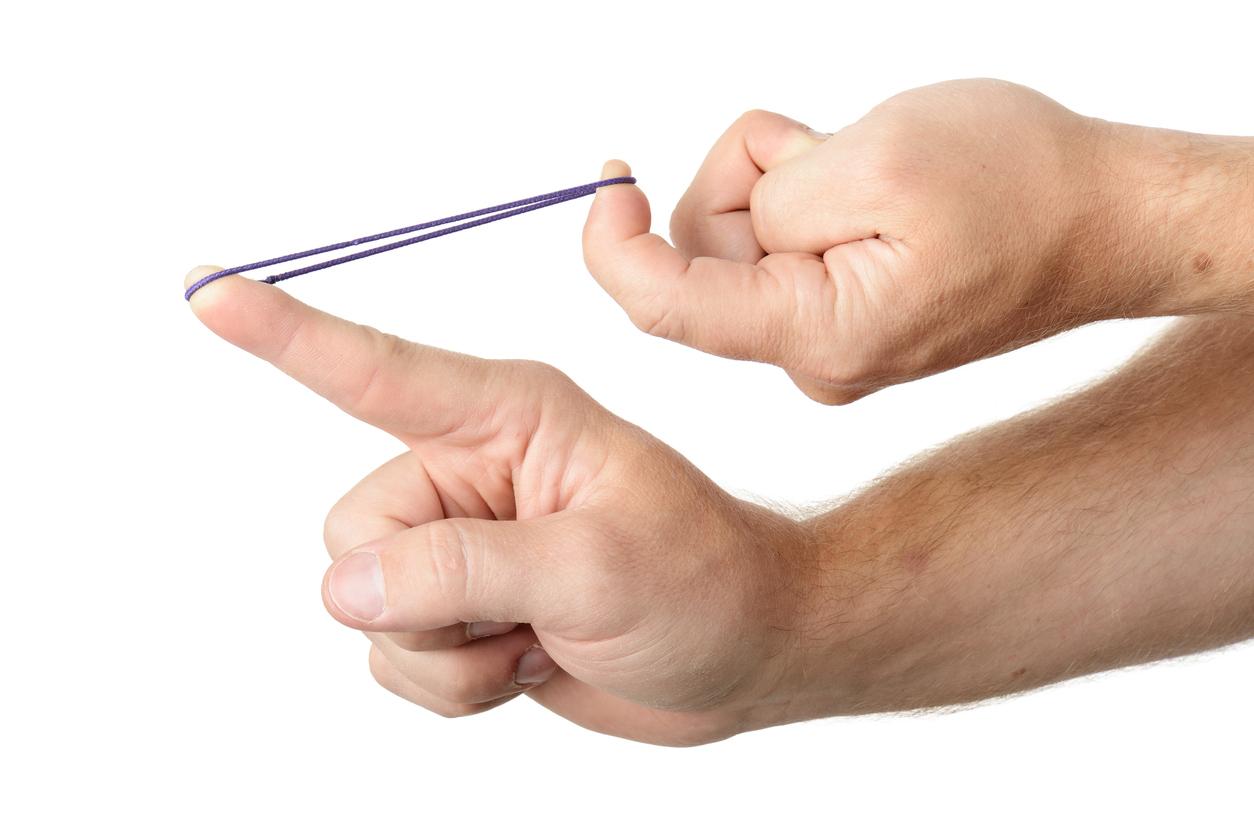 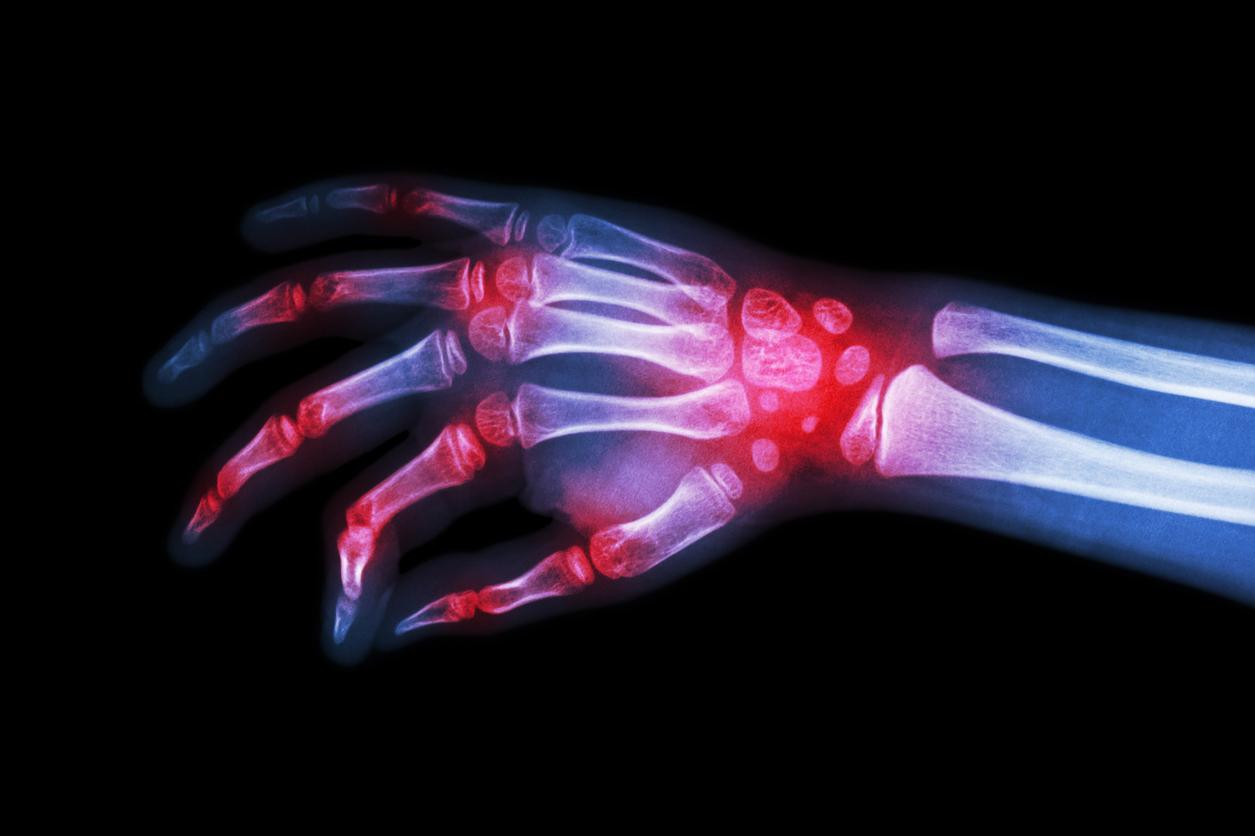 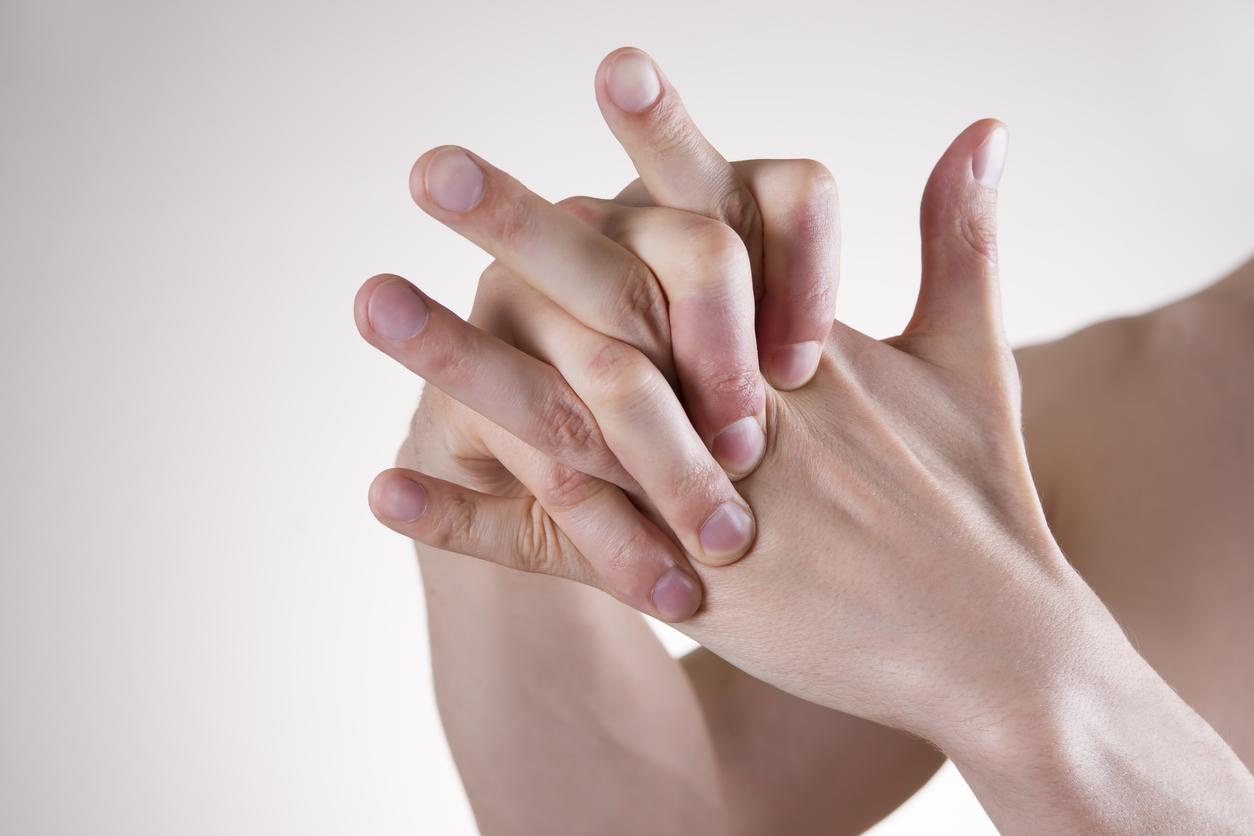 1 of 4
Is Cracking Your Knuckles Bad for You?
Back to top