Does Asparagus Cause Cancer? 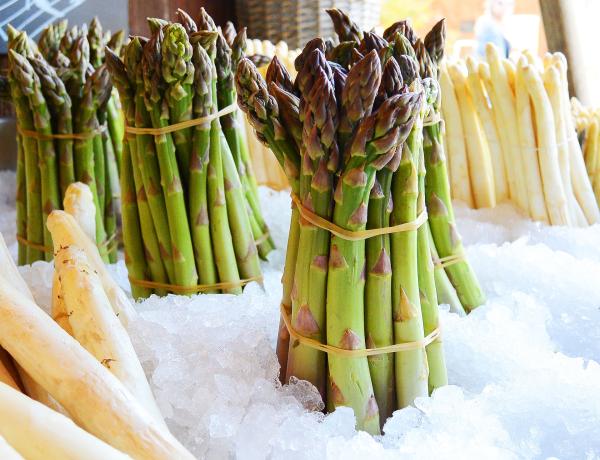 Scientists have recently suggested that asparagine, a chemical compound found in asparagus, can trigger growth of tumors in mice. The study suggests that this can lead to breast cancer in humans. Breast cancer is one of the toughest forms of cancer which can be difficult to treat. Asparagus is one of the most commonly used vegetables as it is generally affordable, easy tog row and delicious. Until now, it was counted among the list of healthiest vegetables on earth. But after this study, people around the world are wondering whether they should continue consumption of asparagus or they should give it up altogether. In this oneHOWTO article, we will try to find out does asparagus cause cancer or not.

You may also be interested in: How to treat blood cancer or leukemia
Contents

What does the research say about asparagine?

Researchers from Cancer Research UK Cambridge Institute conducted an experiment recently and published its reports in the journal ‘Nature’[1]. They found that asparagine which is abundantly found in asparagus can trigger the spread of cancer cells in human body. When they reduced the amount of asparagine, they found a decrease in the number of tumors found in tissues. Asparagine is a kind of amino acid that human body produces naturally and it works as a protein building block.

The study found that asparagine can help cancer cells to easily spread from breast to bloodstream and enter other organs. When cancer spreads it can form secondary tumors and be very difficult to treat. When they blocked asparagine with L-asparaginase, the spread of cancer cells was reduced significantly. Until now, the study is conducted on mice and not on humans. If the same results apply to humans, then patients with breast cancer can be recommended to reduce consumption of asparagine rich foods. Foods rich in asparagine include poultry, beef, fish, eggs, seafood, nuts, potatoes, soy, legumes and, of course, asparagus.

Is giving up asparagus worth it?

Although the study directly links asparagine with growth of cancer cells, it is to be noted that the study was conducted only on mice, and did not involve any human patients. Mice are different from humans and animal models do not necessarily mimic how diseases work in our bodies. Even with the potential for spreading, the study conducted on mice did not suggest that asparagine was the cause of cancer. Instead, it caused the cancer cells to spread more quickly throughout the tiny bodies of mice.

The same spreading effect may be noticed even with other forms of cancer, but more research need to be conducted to see a fuller picture. The researchers who conducted this study also said that if asparagine is found to spread to cancer cells in humans too, then finding a new way to treat breast cancer was only a possibility. It is much too early to suggest L-asparaginase is a cancer cure.

The truth about reducing the consumption of asparagine

In the study, researchers have used L-asparaginase to block asparagine production in the bodies of mice. In humans, there may be other drugs which are found to be effective. But even then, asparagine is abundantly found in daily consumed foods and the human body itself produces it naturally. If drugs are used to inhibit production of asparagine, it may lead to drastic reduction in the amount of the compound in the body.

Some amount of asparagine is required by a healthy body, as it works as a building block for proteins. So, for now, you don’t have any reason to change your dietary habits and give up asparagus based on this study. The study of how different foods affect the possibility of cancer is unfortunately limited. However, a balanced diet is the best way to maintain overall health which can improve your chances of fighting some cancers. Before making any dietary changes, it is better to talk to your doctor and rely on their advice.

What are the future prospects?

In the future, finding out more about the working of asparagine may lead to more efficient cancer treatment with drugs. The researchers studied some human patients with cancer and found out that their breast cancer cells can produce asparagine more easily than otherwise. Due to this, breast cancer spreads more quickly in such patients. Scientists are not yet sure about how consumption of asparagus affects asparagine production in the human body. But finding out the best ways to slow down its production through diet or drugs can potentially be a revolutionary step towards inhibiting the spread of cancer.

Use as a chemotherapy drug

Researchers also found L-asparaginase as a possible chemotherapy drug to slow down the spread of cancer in the body. When they gave this drug to the mice, it reduced the ability of the breast cancer to spread to their other body parts. Finding out how this drug interacts with the compound may lead to a more successful treatment of breast cancer in future. This does not necessarily mean it will be considered a cure for the disease.

Researchers said that although they reduced the spread of cancer cells around the body with this drug, there was no affect on the primary tumor cells within the breast. This means its use as a chemotherapy drug would be limited. It could possibly be introduced as a secondary treatment. All in all, treating cancer is not as easy as cutting asparagus from your diet. Understanding the interaction of asparagine with cancer cells is a complicated task and, while more studies are being conducted on the issue, we are at a far off distance from the solution.

How the study applies to humans

The next step that the researchers are planning to take is to see if the results of the study that was conducted on mice can translate to humans. If it does, treatment of breast cancer in the future may include a low-asparagine diet and a therapy with L-asparaginase drug. That would be accompanied by traditional methods of treatment, like radiation therapy and chemotherapy, as asparagine is so abundantly found in a huge variety of commonly consumed foods.

According to researchers, they had been looking for a way to stop the spread of breast cancer to other parts of the body and this discovery is still in its initial phases. It is important to first understand the real role of asparagine in cancer spreading. As of now, they don’t recommend excluding any asparagine containing food group from the diet without recommendation from a doctor. They also advise all cancer patients to consume a varied and healthy diet rich in vegetables and fruits, and limit consumption of processed meats and high sugar and fat foods. Such a diet would give them best chances of survival against this deadly disease.

According to cancer researchers, lowering asparagine levels in your body, either through drugs or diet, prevents the spread of cancer cells in mice. Although studies are yet to be conducted on human patients, asparagine found in asparagus has some role to play in cancer. The study is applicable not only to breast cancer, but to the tumors in kidney, liver and brain also. Even though reduction of asparagine may be effective in preventing spread of cancer cells, treatments with drugs is more preferable over making changes in diet.

Since asparagine is found in a huge variety of food items, including fish, eggs, poultry, beef, seafood, nuts, soy, legumes, potatoes and asparagus, restricting diet does not seem to be a feasible option. So, it is best to wait and continue with your regular diet, until more studies prove direct link of asparagine to the spread of cancer in human patients. Human bodies are different than those of mice, and we cannot just rely on this one study to cut out this important ingredient from our diet.

If you want to read similar articles to Does Asparagus Cause Cancer?, we recommend you visit our Diseases & secondary effects category.

What are the symptoms of kidney cancer
What Are the Symptoms of Bone Cancer
What are the Early Symptoms of Throat Cancer?
What Do Cancer Cells Feed On
Most read
1.
How to Get Rid of Fluid Retention in the Legs
2.
How Long Does it Take for Prednisone to Work
3.
What Does a Low Neutrophil Count Mean?
4.
Causes of Pain in Right Side of your Stomach
5.
What Is The Normal Range Of Lymphocyte Count
6.
Home remedies for ringing in the ears
7.
The Best Natural Alternatives to Prednisone
8.
What are the Symptoms of Low Platelets

1 comment
Rating:
Richard man
11/10/2021
Yes, please send me information on foods that would help me remove cases cells from my body.
Does Asparagus Cause Cancer? 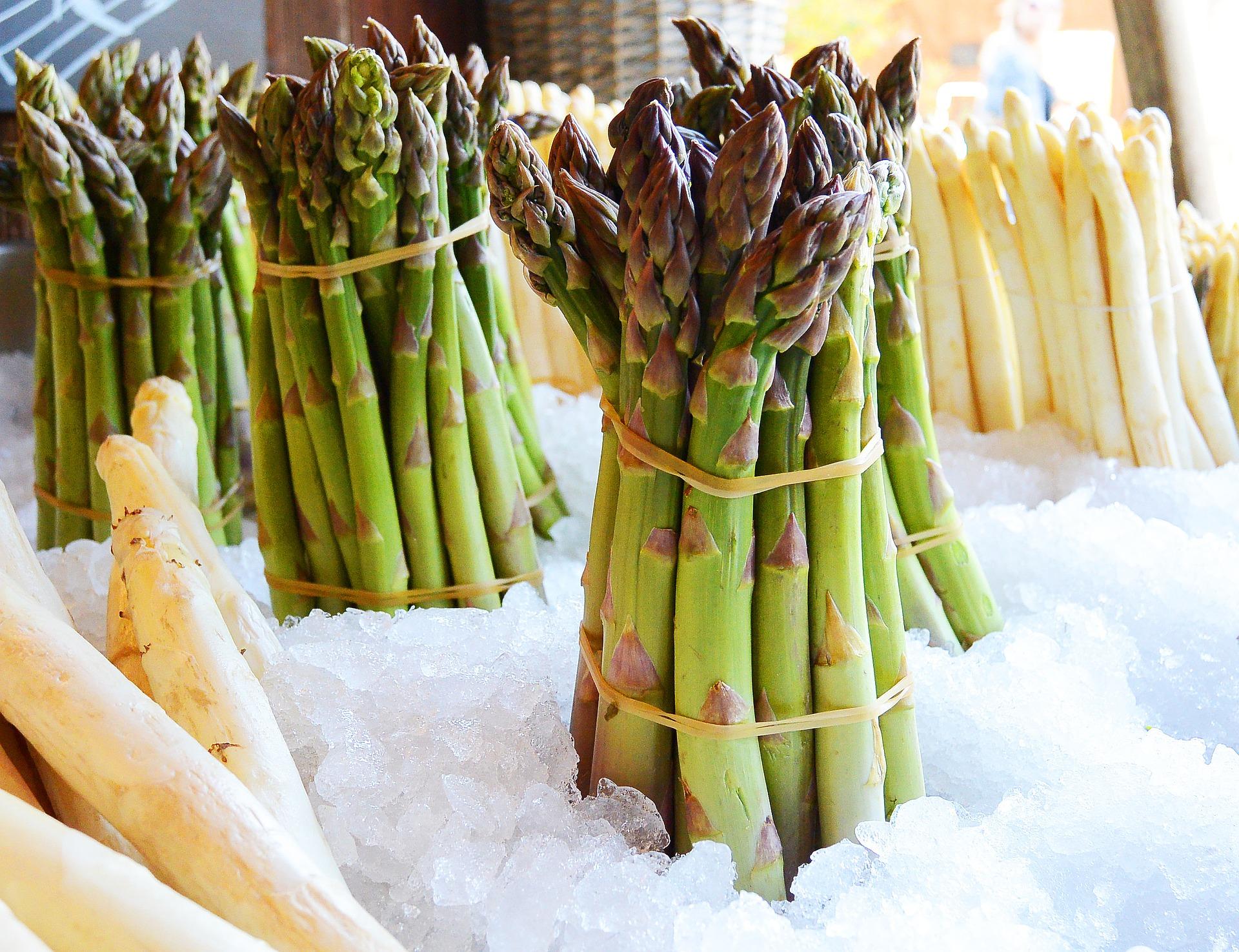 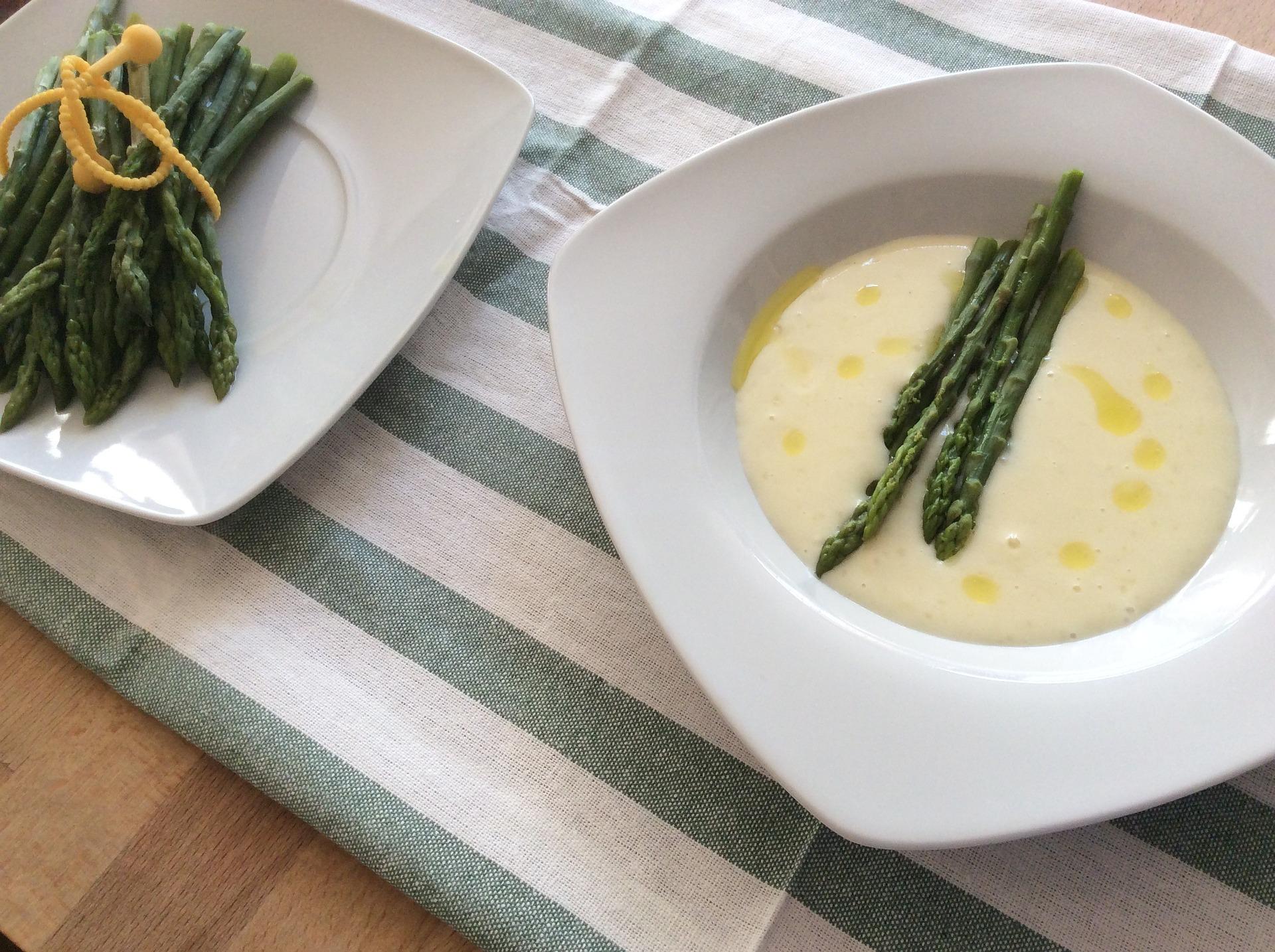 1 of 2
Does Asparagus Cause Cancer?
Back to top