How Do Quaaludes Make You Feel? 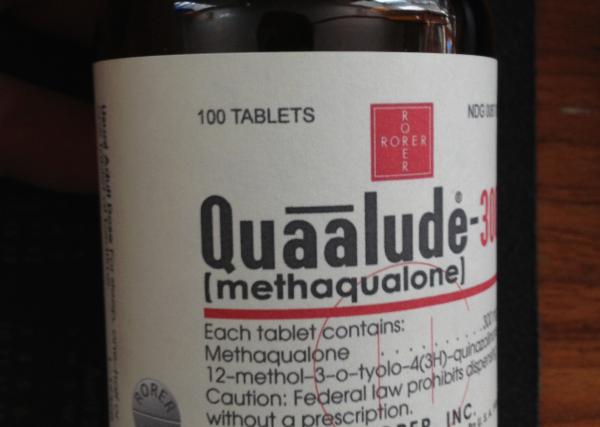 Whether you are an original disco queen or have just watched The Wolf of Wall Street (2013), you may have already heard of Quaaludes. Like many now illicit or illegal drugs, they started off as a prescription medicine. They were discovered to work as both a sedative and a hypnotic. Although gaining popularity in the United States in the late 1960s, they are particularly associated with club and punk scenes of the 1970s and 1980s. Here they were often abused for the ecstatic high associated with similar narcotics. Going from incredibly popular to almost completely unavailable, many have no idea how Quaaludes work. To answer how do Quaaludes make you feel, we need to know what they are and how they act on the body.

You may also be interested in: How Do Immunosuppressants Work
Contents

Like hoover and xerox, Quaaludes have become known by their brand name rather than their scientific labelling. The actual term for the active drug is mathaqualone. Quaalude is a brand name associated with it as it was the most popular manufacturer, but other drug companies have made similar drugs. In places like the UK and South Africa they were more commonly known as Mandrax, the brand name more widely available in these countries.

While we may associate quaaludes with party goers and the disenfranchised, their original use was much more socially acceptable. We should bear in mind that this society was early 1960s America and drug awareness among the general population was low.

Thanks to their sedative effects, Quaaludes were one of many drugs given to treat nervous disorders. As Angela Serratore points out in The Paris Review[1], the manufacturer's name of "Quaalude" is in part derived from the phrase "quiet interlude". Often the recipients of Quaaludes were stay-at-home mothers needing to take the edge off a busy day. This lead to many prescriptions doled out for insomnia and stress.

As Quaaludes became popular among American suburbanites, two page ads in magazines appeared, including many lifestyle magazines aimed at homemakers and women in general. It is hard to know how aware pharmaceutical companies were of their addictive properties at the beginning, but it didn't seem to hinder their proliferation.

With readily prescribed pills, it wasn't long before it was not only housewives reaching into the well stocked medicine cabinet. Many with prescriptions would happily dole them out to anyone with the mildest of dizzy spells. While many middle aged persons in the 1960s were using prescribed pills, much of their offspring were getting involved in the counter culture movement where recreational drug taking was encouraged. Often this drug abuse was as political action as much as for its narcotic effects. Despite being manufactured and sold by the "establishment", the high of Quaaludes was sought by many.

As a depressant like marijuana and opioids, Quaaludes fit snugly into the "turn on, tune in, drop out"[2] ethos of many in the era. It also was known to inhibit sexual desires, helping to engender the spirit of free love associated with the hippy movement. However, larger amounts of the drug will shut down certain bodily functions, making sexual activity difficult or non-existent.

In the mid to late 1970s, the hippie movement was as good as over, but Quaaludes found a new demographic in party goers. Their use was so popular among disco dancers of clubs like New York's Studio 54 or Artemis in Philadelphia, clubbers began referring to them as "disco biscuits". Some other alternate monikers include "ludes", "soap", "mandies", "mandrakes", "bandits", "wagon wheels", "genuines", "vitamin Q", "Lemmons" and "714s". These last two were to do with the company which manufactured Quaaludes, Lemmon, and the 714 stamp which was put on legitimate pills.

The punk scene was also enamoured with Quaaludes, possibly because of their easy access from its members' relative's medicine cabinets. However, such wanton abuse of the drug lead to crackdowns by the FDA. It became a Schedule II Controlled Substance in 1973[3] and its production was eventually outlawed by 1984.

While known as a party drug, it was also used for much more menacing purposes. Disgraced comedian and actor Bill Cosby had admitted that during the time of accusations against him, he gave Quaaludes to women with whom he intended to have sex[4]. Like other drugs such as Rohypnol, Quaaludes were used for date rape as they caused the recipient of the drug to lose both ther body's faculty and memory if given in a large enough dose. Now aware of Quaalude's popularity and notoriety, we can look at why they have such a cache even today when they are almost impossible to find.

How do Quaaludes work?

According to the "wolf" of The Wolf of Wall Street, Jordan Belfort, the drug would provide its intended action of putting the user to sleep after about 15 minutes. The recreational narcotic effects would be activated as you tried to stop yourself falling asleep. This would put the user into a mellow and relaxed state while still being conscious.

Quaaludes work by increasing the activity of GABA receptors in the brain. These receptors inhibit the nervous system which causes muscle relaxation and a feeling of euphoria. This is due to the dropping of blood pressure and slowing of heart rate, an artificially induced state of relaxation.

It almost seems counter-intuitive to dance on a depressant like methaqualone. While dancing, it would seem like you might need a little more stimulation to stay in the groove. However, this seemed to be part of the appeal of Quaaludes. Keeping to the rhythm while your body feels fuzzy and your mind starts to relax is not something which has gone away as Quaaludes disappeared. It is something which remained popular, especially as drugs like ecstasy gained popularity in music cultures like the house scene during the 1990s and beyond.

How do Quaaludes make you feel?

If taking ludes for legitimate reasons, this would lead to the user becoming relaxed and drifting off to sleep. When taken recreationally, the effects of Quaaludes include euphoria and a sense of calmness. This is linked to the desired effect of combating nervousness and anxiety (a lack of understanding of certain mental health issues at the time of their common usage meant it was often incorrectly prescribed).

One of the main reasons Quaaludes become so concerning was their dosage. First time takers were often given doses of 300mg, considered mid-range sedation, but still having a great impact on the individual's physiology. A particular problem with Quaaludes was their fast tolerance developed in those who took the drug. 2,000mg is enough to induce a coma, especially when taken with alcohol and 8,000mg is considered a fatal dose.

However, with the build up of tolerance to the drug, some users could consume as much as 20,000mg and still survive. This was possible with those who had developed a severe habit like Cherie Currie[5] of rock band The Runaways who apparently ate the now banned drug like candies.

Like many now illegal sedatives, the euphoric effects made it very popular, but its fast tolerance made it a concern for authorities. Its production by Lemmon was ceased in 1982 due to bad publicity. Two years later, the US government intervened so that no one could produce the drug.

While much of the concern over the drug was political thanks to its links to counter culture movements, education about the drug was uncommon. With its fast tolerance, many were taking higher doses to chase the original high which often escaped them. This meant dependency and, in many cases, overdose.

As the sedative effects of the drug would make a person shut down, Quaalude overdoses were often accompanied by a coma. Death would occur if the organs began to shut down, especially the heart and lungs. However, if coma or death did not occur, kidney failure, hallucinations and delirium could. Some of these were part of the desired effects, but many lost control of their bodily functions. This is what lead to the famous Lamborghini scene in The Wolf of Wall Street where Leonardo Dicaprio's version of Belfort tries to drive while intoxicated by Quaaludes. His floppy body and incapacitated movement were apparently inspired by Belfot's real life experiences of side effects.

To answer the question posed by this article, quaaludes make you feel relaxed and euphoric. They can relieve you of your inhibitions, but they can also cause you to be so relaxed you cannot move. When important organs no longer function, this is when overdose occurs. While Quaaludes have a half-life of 20 to 60 hours, many report feeling fine after their physical effects wore off. This lack of bad feeling or "comedown" after taking them helped with their popularity.

Despite being a party drug, the effects of Quaaludes could be drastically heightened by accompanying them with alcohol. This led to many late night "juice bars" opening up in party capitals like New York where no alcohol was served, but non-alcoholic juice and Quaaludes were sold.

Are Quaaludes still made?

Even after production of Quaaludes was banned in the 1980s, the pills were still readily available in the United States thanks to its prior high prescription levels. However, as these drugs began to go out of date and reserves dwindled, the drug became almost non-existent. Illegal manufacturers in Mexico would make versions of the drug, but even the most consistent of drug takers today would be unlikely to report finding Quaaludes.

However, in countries like South Africa[6] and other parts of the African continent, restrictions are not as tough. Known as Mandrax, Quaaludes are still popular and are often abused by disenfranchised peoples or those just looking to have a good time. It is very unlikely Quaaludes will come back on the market, either as a prescription drug or in an illegal form. That's why oneHOWTO has revealed how Quaaludes make you feel without you having to take them yourself.

If you want to read similar articles to How Do Quaaludes Make You Feel?, we recommend you visit our Drugs & supplements category.

How Cetirizine works - side effects, dosage and indications
What happens if I take out-of-date medication?
How To Get Rid Of Pepper Spray
Is it Safe to Mix Paracetamol and Aspirin?
Most read
1.
How to Get Rid of Fluid Retention in the Legs
2.
What Does a Low Neutrophil Count Mean?
3.
How Long Does it Take for Prednisone to Work
4.
Causes of Pain in Right Side of your Stomach
5.
What Is The Normal Range Of Lymphocyte Count
6.
The Best Natural Alternatives to Prednisone
7.
Home remedies for ringing in the ears
8.
Is it normal to have a body temperature of 34.8 - 35ºC? 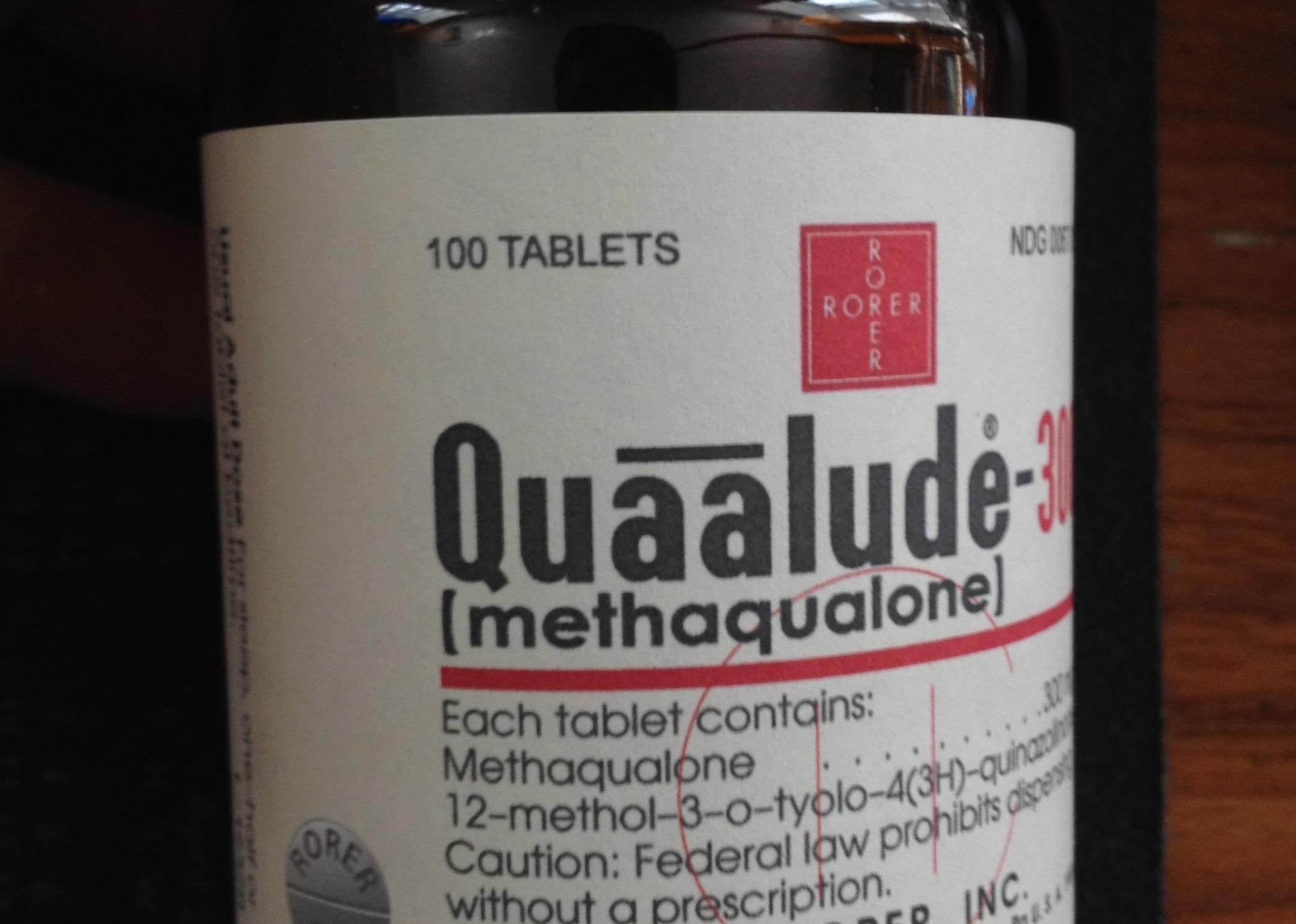 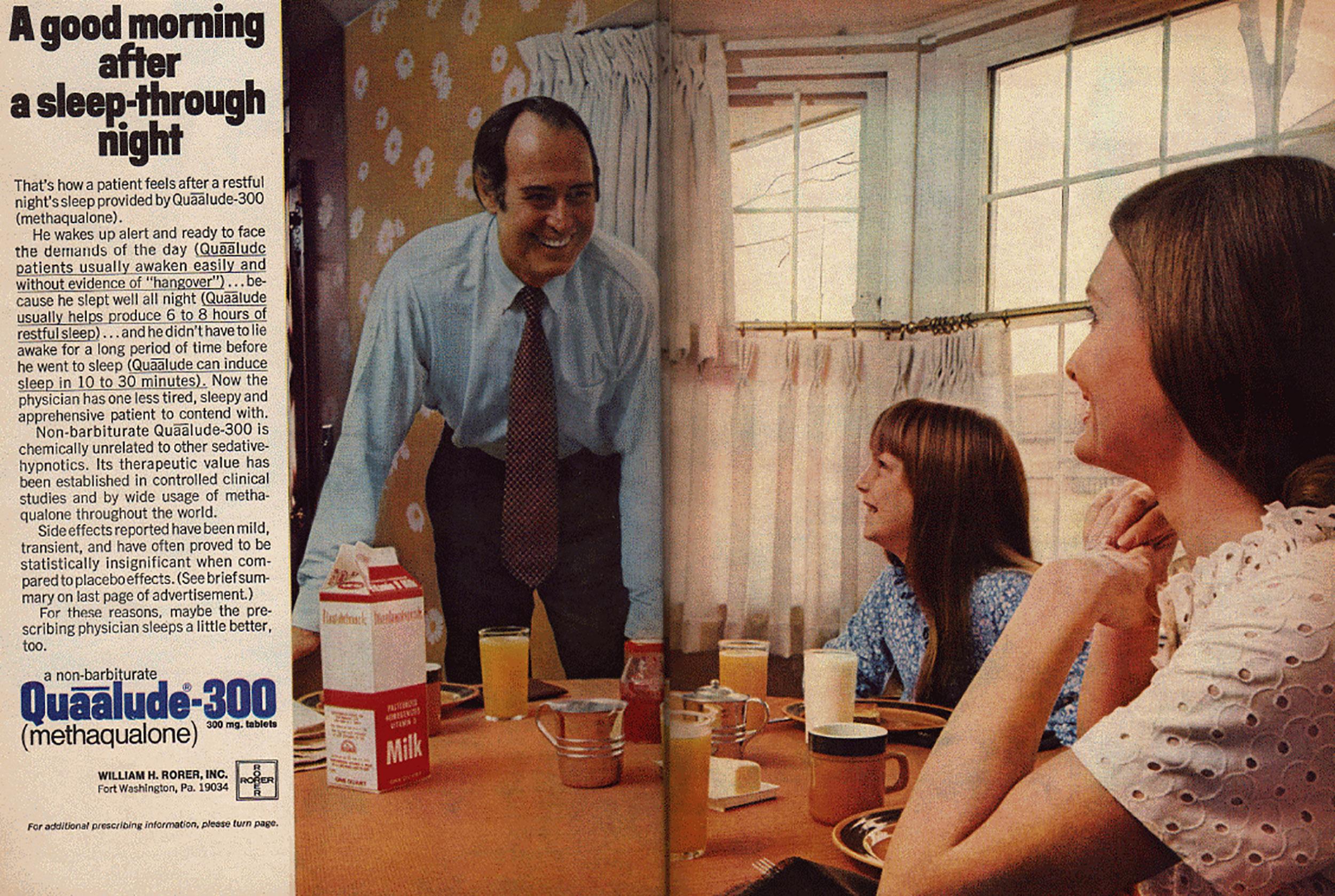 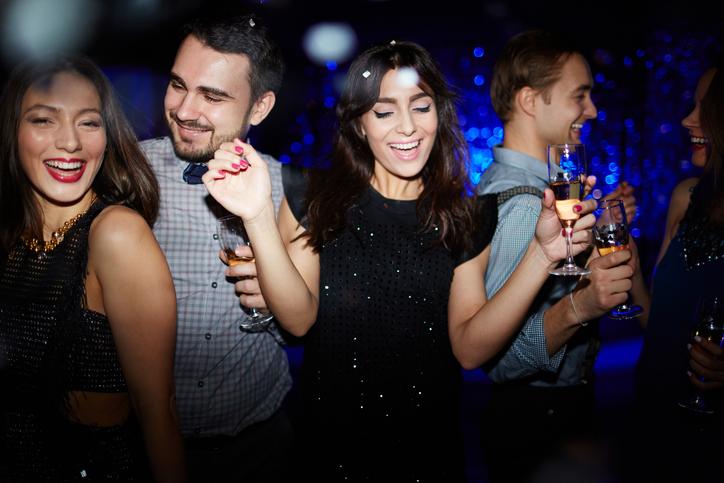 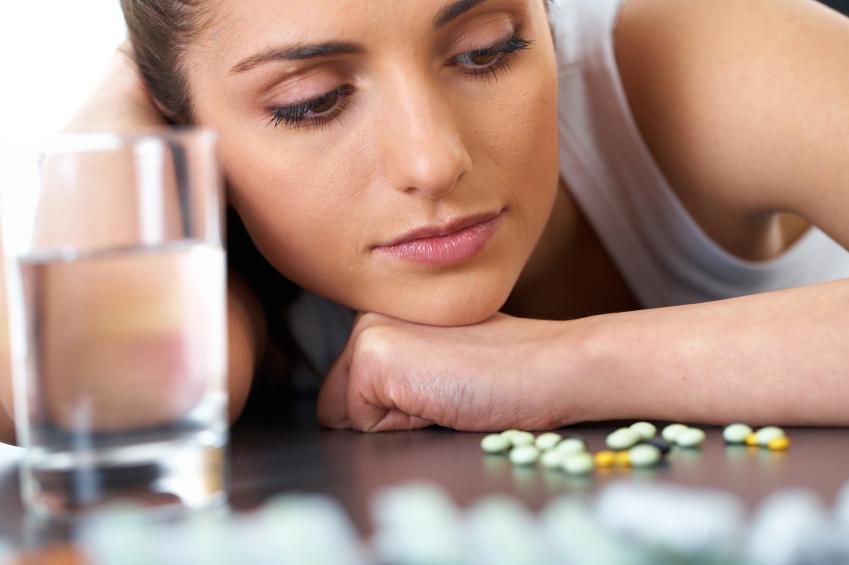 1 of 4
How Do Quaaludes Make You Feel?
Back to top