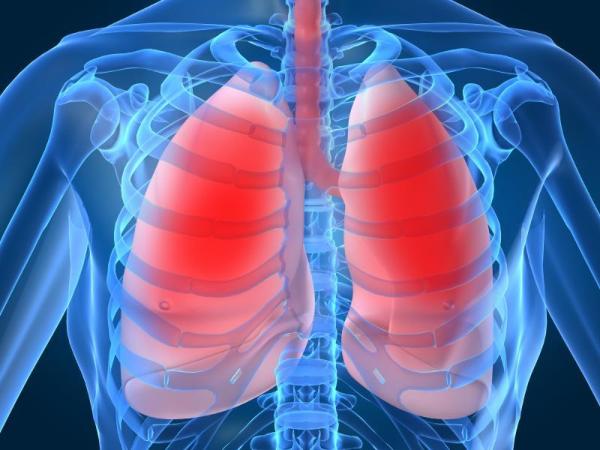 There are many diseases that can affect our lungs, but their symptoms are not always associated to respiratory problems that would allow us to establish that something is happening with this organ. In fact, most of the warning signs of lung diseases are diverse and can affect people of all ages and with all kinds of habits, not just smokers.

Do you suspect that these organs could have problems and you want to find out for sure? Then keep reading this OneHowTo article in which we reveal 10 symptoms that indicate lung problems.

You may also be interested in: Infusions Good for Your Lungs

Before addressing the 10 symptoms of lung problems it is important to know the three general types of lung diseases, which are defined by the area of the lung they affect.

Diseases affecting the respiratory tract are characterized by a failure in the transport of oxygen to the lungs. These usually cause narrowing and blockages in the tract. Conditions such as bronchitis, asthma or pulmonary emphysema - in which the air sacs are enlarged - are in this group of diseases.

Such conditions occur when the problem is in the lung tissue that, due to it becoming inflamed or scarred, does not allow the lungs to fully expand, impairing oxygen intake and the release of carbon dioxide. Patients will often feel chest tightness and have great difficulty performing deep breaths. Fibrosis and pulmonary sarcoidosis are two examples of such conditions.

This type of lung diseases occur when the blood vessels in the organ are affected by coagulation, inflammation or scarring. This causes the lungs to have difficulty in obtaining oxygen and releasing carbon dioxide, and may even affect the proper functioning of the heart. Pulmonary hypertension is a condition of this kind.

10 signs that something is wrong with your lungs

Once you are familiar with the different types of lung disease and the areas they affect it is much easier to identify the signals that can indicate that something is wrong with your respiratory system.

These are the 10 symptoms that indicate lung problems and warn that something is happening to this area. Should you suspect there is a problem with this organ, it is best to see a lung specialist or your GP.

An obvious and clear sign pointing to a lung problem. It is characterized by shortness of breath which leads to the need to breathe through the mouth, and when doing so wheezing may occur. This symptom is characteristic of conditions such as asthma, bronchitis or emphysema.

This symptom is present in all the conditions mentioned above. Although clearly this can also be a sign of a simple cold or flu, it is important to pay attention to its development as a dry cough or one with phlegm if it continues over days or even weeks, which may indicate the evolution of the condition into a major pulmonary problem.

When a person has respiratory infections with some frequency this could point to an underlying undiagnosed condition of asthma or bronchitis. Chest pain, breathing problems and fever are three important signs that may point to an infection of this type.

To feel that your chest is pressed, as if using a very tight vest or as if someone was sitting on it, is a sign that warrants an immediate visit to a doctor because it indicates the presence of a lung condition. It can be accompanied by anxiety and tachycardia.

If we do not breathe properly, our body - especially our brain - does not oxygenate well. When this happens we feel weak and fatigued, even after minimal effort, so this is a signal to which we should pay attention. This symptom is common in cases of bronchitis and emphysema.

Fever is a mechanism of our body to fight infections or foreign agents invading the body, so it is an important signal worth paying attention to. Similarly, inflammation of the lymph nodes usually indicates that the immune system is fighting off invaders. Both symptoms are a sign of conditions such as bronchitis or pulmonary sarcoidosis, especially if presented with several of the above symptoms.

This is one of the most common symptoms of lung diseases such as bronchitis or pulmonary embolism. Pain may be generalised in the chest area or, in the case of stroke, more focused on the sternum or one of its sides, causing possible symptoms such as a burning sensation. Discomfort worsens with coughing, eating, breathing deeply or bending down.

Lung diseases can cause an apparent loss of appetite and apathy, resulting in weight loss which indicates that our health is not in good condition. In general, whenever we lose weight for no apparent reason or feel little or no desire to eat we should consult a doctor.

It is one of the 10 symptoms that indicate lung problems and it should never be ignored. It can occur in cases of TB, pulmonary embolisms and in certain types of cancer and merits an urgent medical check up.

This has no apparent connection to the lungs and so we could easily assume these organs have nothing to do with this. However, one of the symptoms of pulmonary emphysema is the bluing in color on the nails together with an increase in their curvature. If this feature is present it is important to highlight the possibility of a respiratory condition.

If you want to read similar articles to 10 Symptoms that Indicate Lung Problems, we recommend you visit our Diseases & secondary effects category.

How To Clean Your Lungs With Herbs
What are the Signs and Symptoms of Bronchospasm
How to Cleanse Lungs after Quitting Smoking
How to Deal with Asthma Naturally
Most read
1.
Causes of Pain in Right Side of your Stomach
2.
How to Get Rid of Fluid Retention in the Legs
3.
The Best Natural Alternatives to Prednisone
4.
What Does a Low Neutrophil Count Mean?
5.
How To Get Rid Of Burning When Urinating
6.
How Long Does it Take for Prednisone to Work
7.
What Is The Normal Range Of Lymphocyte Count
8.
What are the Symptoms of Low Platelets 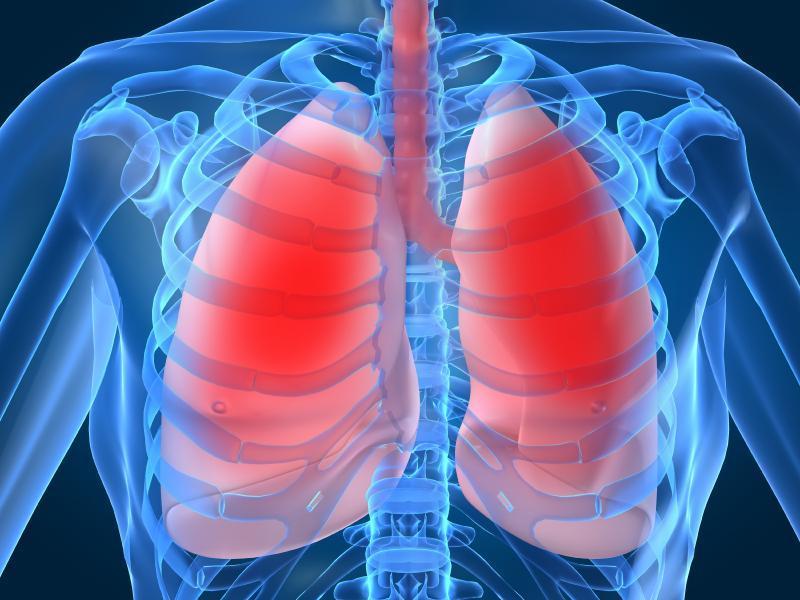 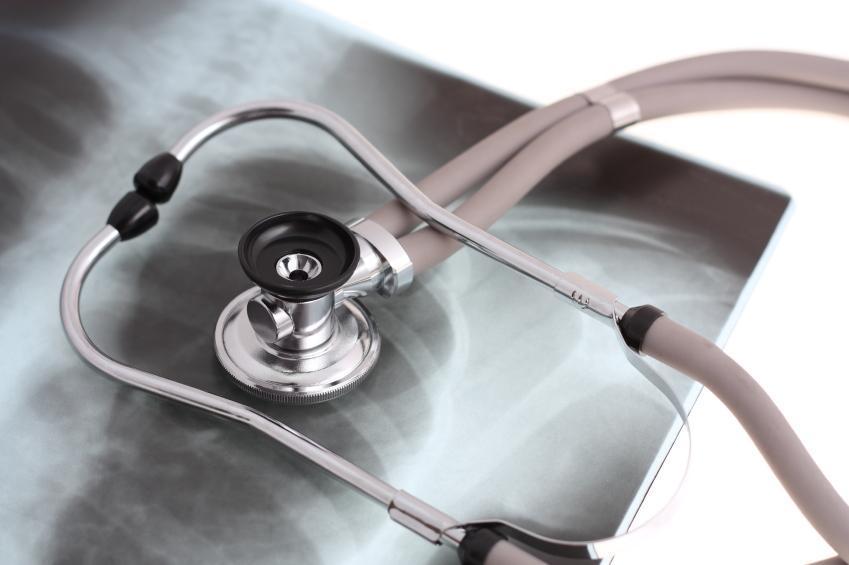 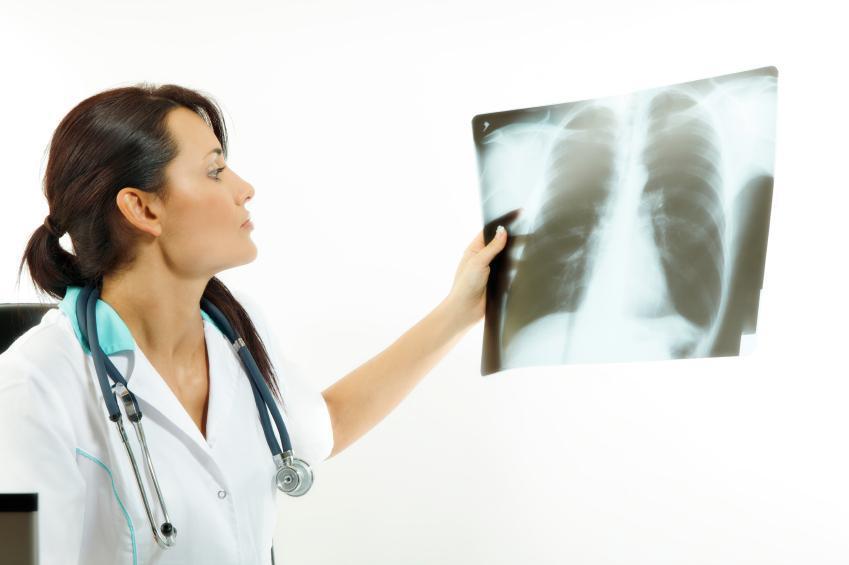