What is Hypothermia and How to Treat It

Hypothermia occurs when body temperature falls below 35.0 ºC (95 ºF). The normal range of body temperature is variable, but is generally accepted to be between 36 ºC and 37.2ºC (97 ºF and 99 ºF). It depends largely on a person's age, weight, level of physical activity and even the menstrual cycle for women. However, older people and males are the two demographics most at risk. Of course getting hypothermia likely means you have been exposed to extreme cold, so freezing weather and submersion in icy water will do it. In rarer circumstances an underlying medical condition or an adverse reaction to medication can cause hypothermia. To know more, oneHOWTO tells you what is hypothermia and how to treat it.

You may also be interested in: Cryotherapy: What Is It and What Is It Used For?
Contents

Hypothermia has 3 different levels of severity:

It can take as few as 15 minutes for hypothermia to kill a person. This is exampled by the memorable case of the sinking of the Titanic when people died soon after entering the water. It takes less time to die in cold water than it does exposed to cold air as the water will cool you down quicker. This is because heat moves away from the core of your body towards the skin and causes your vital organs to cool more quickly.

Make sure you learn how to prevent hypothermia in order to avoid such an extreme situation.

Who are at risk of hypothermia?

Certain people are more at risk than others for developing hypothermia. Among those most at risk are:

It isn't specifically the impairment caused by alcohol or drugs which increases the possibility of hypothermia. Alcohol will dilate (widen) skin arteries which causes greater loss of heat through the skin. At a time when the body is needing to heat up, the increased loss of heat can be deadly. As even mild hypothermia can causes drowsiness and a feeling of needing to fall asleep, many people die thanks to passing out in the cold when drunk. Many people feel warmer after having a drink, but your body temperature might actually be dropping. If you feel warmer, you are less likely to shiver and therefore not reheat your body.

If you have chronic or clinical problems with alcohol or drug abuse, there are other concerns with hypothermia. Alcoholism is often related to hypoglycemia so you may be at more risk of organ failure if you are a long-term abuser of alcohol. This is especially so if you have been neglecting meals in favor of drinking. People with mental certain types of mental illness are more at risk because they may lack certain decision making abilities. This can lead them into situations where they don't protect themselves enough from the cold.

What are the symptoms of hypothermia

Symptoms of hypothermia vary according to the severity. Cases of mild hypothermia are characterized by excessive shivering. In more severe cases, the shivering will stop. Other symptoms include:

The disorientating affect hypothermia can have its own problems. You may end up doing something you wouldn't otherwise do and make things worse. Weakness and difficulty controlling movements is one of the worst problems when submerged in freezing cold water. If you fall through a hole in the ice into ice cold water, your body can almost immediately start to seize up. Your fingers can lock which stops you from being able to grasp at something to help pull you out. Even if you did, the fatigue and weakness sets in could mean you lose the strength to use it. Difficulty speaking will also lead to difficulty shouting if you want to get someone's attention.

The bright red skin can appear in mild hypothermia, whereas it will start to turn purple or blue once it becomes severe. Chilblains and frostnip are superficial symptoms of decreased body temperatures (the first being something many are predisposed to). If you get frost bite, however, necrosis can set in. This is when tissue cells die and you start to lose body parts.

Many people die from two odd reactions to sever hypothermia. One is paradoxical undressing. A paradox is when two seemingly contradictory things occur at the same time. As someone is dying from hypothermia and heat loss, they can sometimes remove their clothes. The reason is not completely known. One theory suggests a rush of blood going away from the core makes the person feel flush with heat and provides the desire to undress. The other odd reaction is something called terminal burrowing. This is when a person who is in the final stages of dying from hypothermia moves into a small confined space (under a bed, in a cupboard) to protect themselves. This is likely an animal instinct for protection, similar to that of hibernating animals.

How to treat someone with hypothermia

Hypothermia can be potentially life threatening. If you or someone else has a body temperature below 35 ºC, it is important to seek medical attention immediately.

You may need to perform CPR if someone starts to lose vital signs. However, you should not use defibrillation until the body warmth is back to 30 ºC or above as the shock might be enough to kill the person. If hypothermia onset is slow, this means that you may have more chance of regaining brain function even after you have lost consciousness for an extended period of time.

How not to treat someone with hypothermia

One of the main things to avoid is too sudden an increase in heat. This is particularly the case if you put someone in a hot bath. If you put someone in a bath who is suffering from hypothermia, the heat inside can go out towards the skin and cause vital organs to fail. The same can happen if you put a heating blanket or move someone from somewhere very cold to very hot (say near a furnace). After the famous "Miracle on the Hudson" plane landing, the passengers on the flight went into waters of around 41 ºF/5 ºC. They were helped back to health with the use of Bair Huggers; specialized devices which help warm the body after experiencing cold temperatures.

Do not offer a person suffering from hypothermia caffeine or alcohol. This can make the vessels dilate and make it even more difficult to rewarm the body. A hot drink can help if the person is mildly hypothermic, but it is more important that they have a sugary drink so that they can use the calories to create warmth.

If you want to read similar articles to What is Hypothermia and How to Treat It, we recommend you visit our Diseases & secondary effects category.

How to Prevent Hypothermia
How Do Burns Cause Hypothermia
What Is Spring Asthenia? - Springtime Lethargy
Why Is My Labia Swollen?
Most read
1.
How to Get Rid of Fluid Retention in the Legs
2.
Natural Alternatives to Viagra
3.
Home remedies for ringing in the ears
4.
What Does a Low Neutrophil Count Mean?
5.
Causes of Pain in Right Side of your Stomach
6.
How To Get Rid Of Burning When Urinating
7.
What Is The Normal Range Of Lymphocyte Count
8.
The Best Natural Alternatives to Prednisone

5 comments
Rating:
eri
27/02/2022
im recovery from covid-19, and i start to notice my body temp always around 35.1 or 35.7 and feel asleep all day, my head is always dizzy , cant process any thinking or memory. I wonder if it a normal for post covid-19 patient or not?
Rating:
paul
15/09/2017
I's not terminal borrowing but terminal burrowing.
Erik
04/09/2017
My temperature has been at around 35.8-36.4 for a week and I feel very tired with it. What should I do? I got chilled a week ago and seem incapable of bringing my temperature back to normal.

OneHowTo Editor
05/09/2017
There are certain people who find this is their body temperature. If your temperature is normally higher, then you should visit a doctor so he/she could diagnose you.

Molly Wickham
07/03/2017
I'm late 70's and if I go out in cold weather, my temp sometimes drops to 33 degrees, although I wrap up and eat well, Doctor wasn't interested, as my temp warmed up in the surgery. No idea what to do

OneHowTo Editor
08/03/2017
The only thing to do in this case is prevention. Make sure you are warm enough at home and have a good heating system, avoid going out during cold winter spells and eat warm too. As long as your temperature goes up you should not be worried.
Hope this helps
Ali Shah.
15/02/2016
Kindly advise what is the cause of sweating every morning when I wake and all clothes wet. Even in the cold weather while I put little more clothes my forehand start sweating . Wait for your advice. Thanks a lot . A. S. Z. M.

Alba Charles (oneHOWTO editor)
16/02/2016
You might want to take a look at this article: http://health.onehowto.com/article/hyperhidrosis-or-excessive-sweating-causes-treatments-and-cures-8627.html
What is Hypothermia and How to Treat It 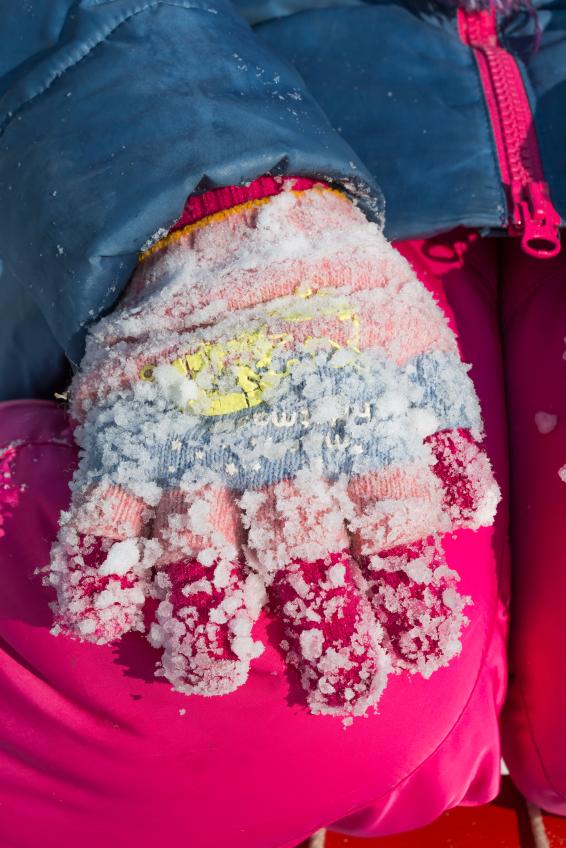 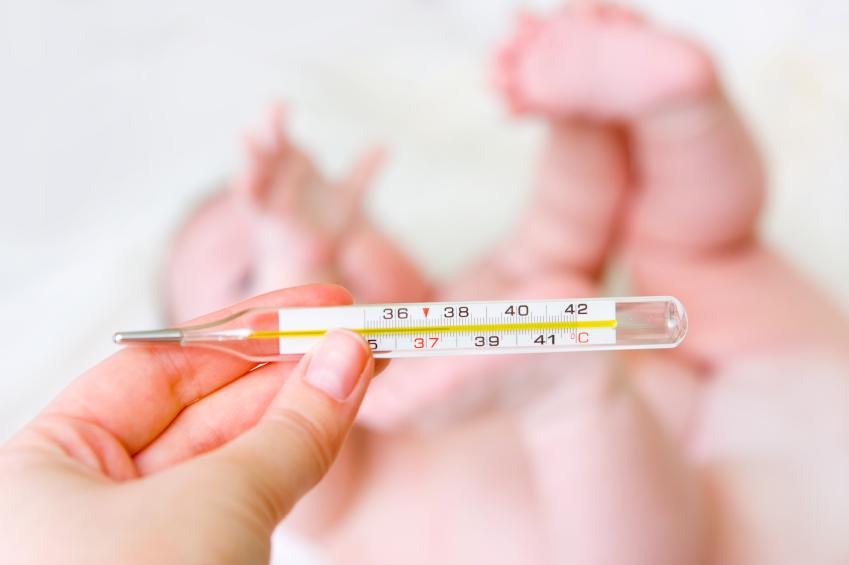 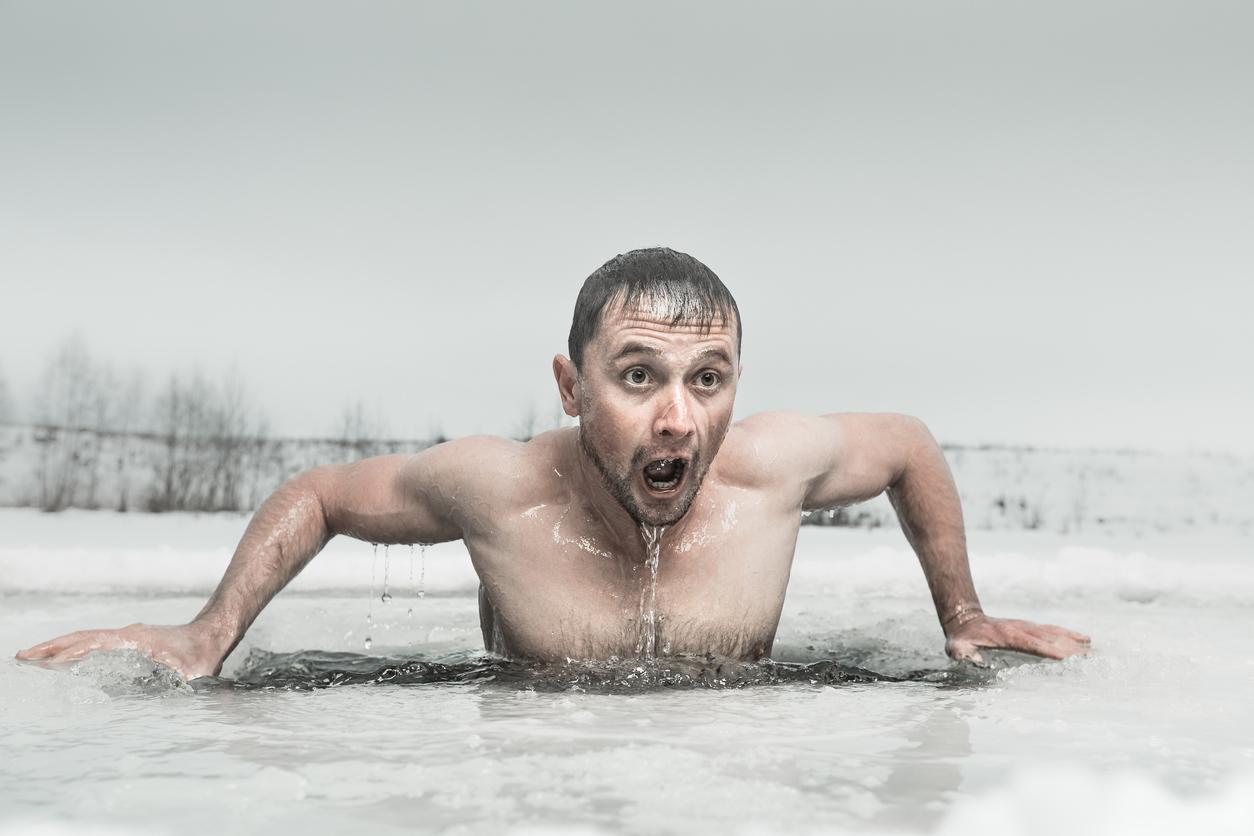 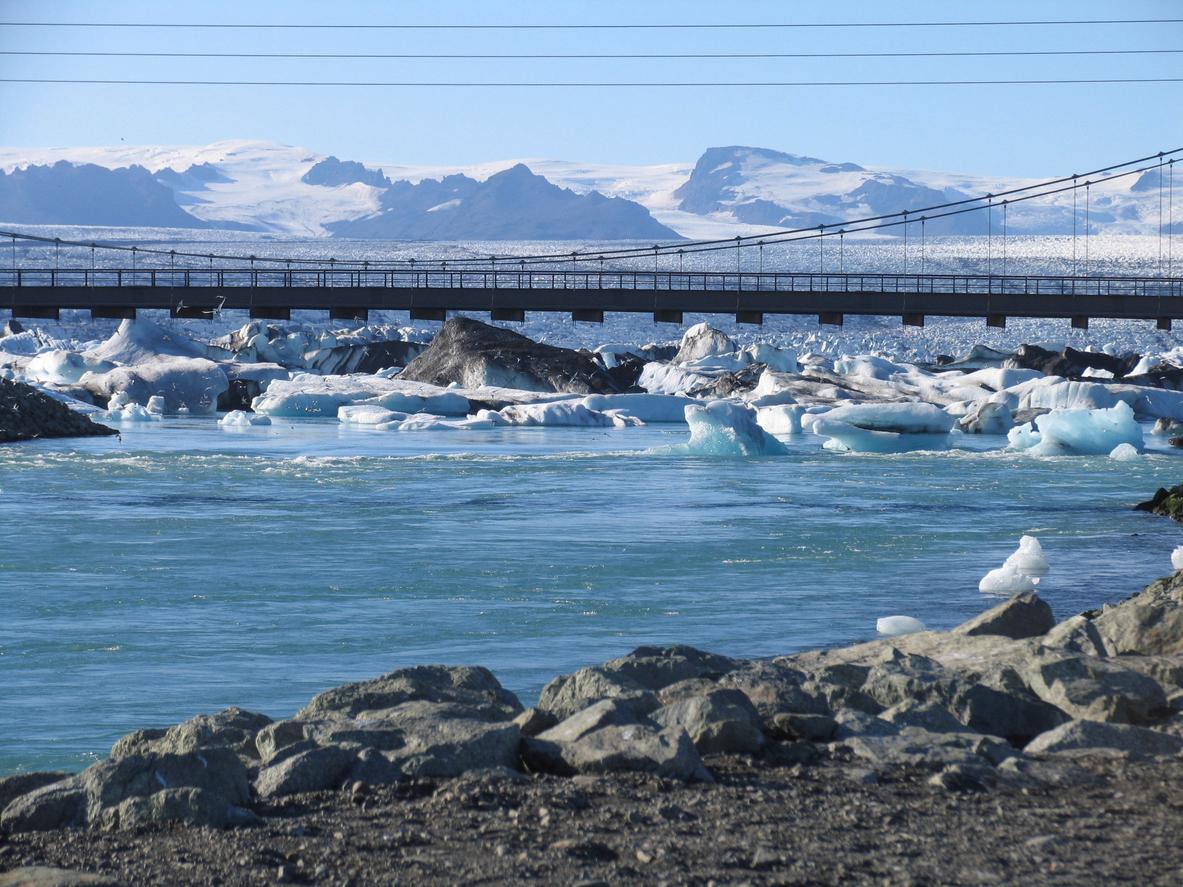 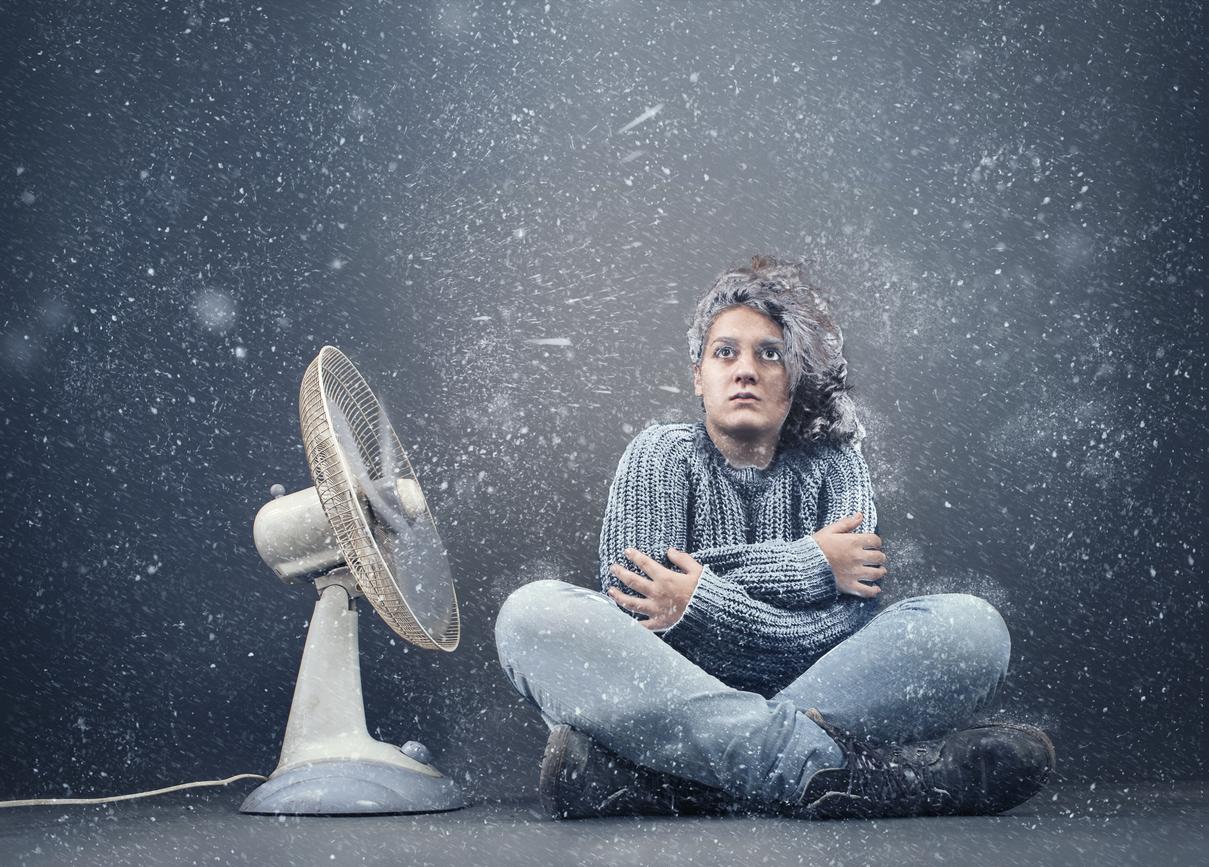