How to Heal a Wound on the Penis 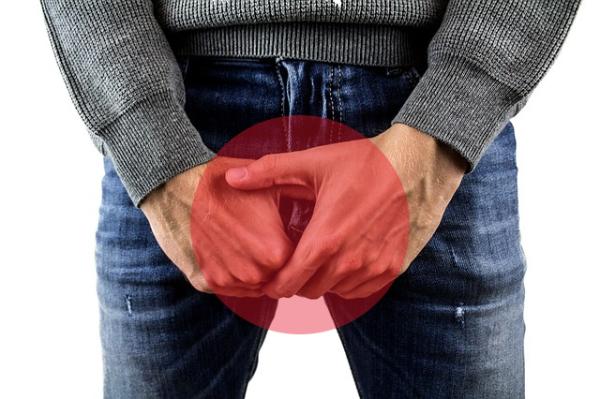 Wounds need to be treated as soon as possible, even if they don't seem serious. This is so that you can prevent them from getting worse as open wounds can lead to infection. Of course serious injuries will need more attention, but the location of the wound is also a significant factor. If you have a cut on your hand, then it will be at more risk than your shoulder since this part of the body is used more. When you have a wound on the genitals, then the sensitivity of this area raises problems and can make it more difficult to treat. If you see you have an open wound on your penis and are unsure of where it came from, it is imperative you seek a doctor. With this diagnosis, they will be able to provide the best course of treatment. However, before you can make a visit to the doctor, you may need to treat the wound to avoid worsening the situation. This is why oneHOWTO lets you know how to heal a wound on the penis to ensure the best prognosis.

You may also be interested in: Why Is My Foreskin Red and Sore?
Contents

Main causes of injury to the penis

There are many causes of injury to the penis, whether the main shaft, glans penis (the head of the penis) or foreskin. It is necessary to know some of the causes of an injury to the penis so that we can best present the situation to a doctor. Below we detail the most common causes of penile injuries:

Viral diseases are those caused by pathogens or particles which infect the body via a virus. As the name suggests, they are transmitted during sexual intercourse and oftentimes their symptoms will include an open wound on the genitals. They include:

If you ever notice that you have a wound on the foreskin, a graze like lesion on the glans penis or an ulcer-like growth, it is possible you have one of these diseases. However, there are many possible causes of such injuries so it is important you see a doctor for a proper diagnosis.

Similar to STVs, these are also transmitted by sexual intercourse, but caused by bacteria. They include:

As the treatment will depend on the specific cause, it should be initiated by a specialist.

Infections that produce wounds in the penis

There are many infections which are not necessarily primarily sexually transmitted, but which cause lesions on the penis nonetheless. These include different types of parasite, fungus, bacterium and virus. The main types of infections which can cause this injury are scabies, ringworm, pediculosis pubis (also known as ‘pube lice’ or ‘crabs’), trichomoniasis, mycoplasma, chlamydia, ureaplasma, shigellosis, campylobacteriosis, salmonellosis, giardiasis, amoebiasis and hepatitis A, B and C, among others.

How to treat a wound caused by an STD or infection

As we have discussed, STDs can be caused by various agents of infection. Being an infection, whether bacterial, viral, fungal or parasitic, it is best treated with a medicine which can eliminate or reduce the causative agent. For example, in the case of a bacterial infection, an antibiotic medication such as penicillin will be prescribed. Antiviral medication will be used for viruses and antifungal medication for a fungal infection. Depending on the disease, doctors may also supply immunosuppressant medications.

Although some sexually transmitted infections cannot be cured, there are medications which slow progress and manage their symptoms. HIV/AIDS is one of the most prominent of such diseases in the last number of years. These treatments will be used to combat the source of the problem, the secondary symptoms of wounds on the penis will be healed or considerably reduced.

It is possible that the doctor will also provide information on general hygiene and disinfection of the wounds. This will likely have to be done on a daily basis, using some sort of disinfectant. This could include iodine or some type of antibacterial or antiseptic product.

Also, if there is an open wound on the genitals (penis or surrounding pubic area) which remains open such as an ulcer, or if it has been caused by an infection, home remedies are not recommended. If you speak to a certified doctor, they may allow natural remedies in conjunction with more aggressive treatment, but they may be otherwise ineffective or even contradict the action of the treatment. The delicacy of the area and the contagious element of certain infections can progress to rapidly worsening health.

How to cure a wound on the penis after sex

If the wound or lesion on the penis is caused during sexual intercourse or masturbation, it can look worse than it is. A normally protected area, an open wound on the penis or blood from the genital area can look scary. However, if the cause is merely friction, then it is important to know it is usually easy enough to heal. The first thing to do is wash the area with cold water and a pH balanced soap, preferably antibacterial also. Rinse and dry with gentle touches and sterile gauze. If the wound continues to bleed, it may be necessary to use a little oxygenated water and let the open wound breathe (easier said than done when going about your day to day).

If the chafing is on the glans penis or foreskin, it may be able to heal itself with cleaning and aeration alone. Keeping it clean is the problem as this sensitive area can be prone to infection. However, in principle, as long as it is well irrigated these areas of the mucosa should heal quickly. On the other hand, if the wound is on the shaft or base of the penis scarring can occur as with any other part of the body which without mucosa. It is better to use a little disinfectant such as iodine applied with sterile gauze. Once the wound is no longer bleeding, it can be left uncovered, but will need to be protected.

Is it OK to have sex if you have a wound on your penis?

If you are free of infection, then it is possible to have sex with a wound on your penis. However, it is not advised. Firstly, an open wound will leave you more susceptible to infection, especially if you have sex with someone of whose sexual history you are unaware. Also, if your wound was caused by friction, then adding more friction can only make it worse.

The size and placement of the wound will also be a factor. A small cut protected by a condom might not be of much concern, but it is still something which should be considered. If it is a large enough wound, then the pain experienced during sexual intercourse may negate any pleasurable sensation. Lastly, if you or your sexual partner do have an infection, then an open wound can increase the chances of spreading it.

If you want to read similar articles to How to Heal a Wound on the Penis, we recommend you visit our Family health category.

Dark Spots on Penile Shaft - Main Causes
How to Know if You Have Phimosis
What Is The Normal Size of Testicles
How Is Balanitis Transmitted
Most read
1.
Causes of Pain in Right Side of your Stomach
2.
How to Get Rid of Fluid Retention in the Legs
3.
How Long Does it Take for Prednisone to Work
4.
What Does a Low Neutrophil Count Mean?
5.
How To Get Rid Of Burning When Urinating
6.
What Is The Normal Range Of Lymphocyte Count
7.
Can Hot Weather Cause Diarrhea?
8.
What are the Symptoms of Low Platelets

Have you tried any of the advice in the article? Time and maintaining hygiene are the main points, but there could be some other helpful info for you there.
Rating:
mutebi livingstone
18/06/2021
which medicine is recommended for a wound as a result for sex and or masturbation?
Rating:
conrad helft
22/08/2020
Hello, during my circumcision the glans was sliced as it was stuck to the foreskin. Now six weeks later the circumcision wounds has healed but the glans is raw and bleeding all the time. How can I heal it please? I can't see a doctor as it will be two weeks before he is free. Thanks. Conrad
Rating:
ERWIN
13/03/2020
I have a cut on my penis, what best ointment or how to heal them. I experience this cut after having a rough sex.
Rating:
sbusiso shandu
17/02/2020
I have wounds in the glends of my penis so I want to know if it is safe to sleep with a pregnant women?will it not affect her bad or the baby?

If you have wounds on your penis, you shouldn't have sex with anyone until they are healed. Even if you are sure you don't have any STDs, it could still be damaging. Have the wounds diagnosed and treated by a medical professional. Only once they are healed and you are sure you do not have any disease, then you can resume being sexually active.
Rating:
Patrick burns
21/11/2019
After having genital warts removed from my shaft of my penis with chemotherapy which is freezing them the scabs were loose enough to pull off so I did. After pulling them off I now have some swelling & redness where were. Also some are raised and kind of raw without being totally smooth. They dont seem to be getting better as I was told. It now is 10 days. What kind of cream is safe and good for promoting healing.
How to Heal a Wound on the Penis 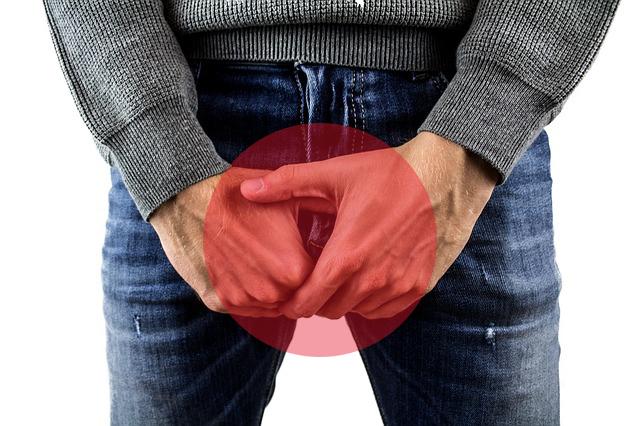 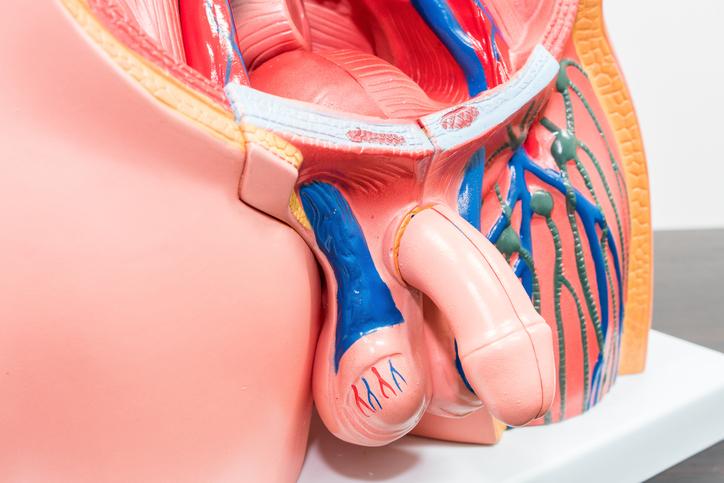