How to Treat Toulouse Lautrec Syndrome 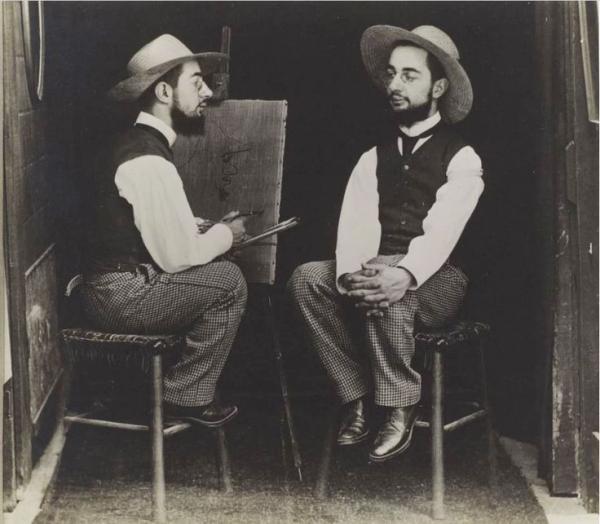 Like many other genetic diseases, Toulouse Lautrec syndrome derives its name from a famous person who was known or thought to have the condition. Its medical name is pycnodysostosis which literally translates to "defective bone condition". This is a pretty apt description as the syndrome caused by mutations in the gene codes of those who have it makes the bones develop irregularly. It also affects, teeth, nails and skin, particularly during development. It can cause brittleness of bones and much of Toulouse Lautrec syndrome treatment involves prevention of injury. However, oneHOWTO delves further into Toulouse Lautrec syndrome treatment to see what benefit can be provided for the afflicted.

You may also be interested in: How to Treat Broken Ribs
Contents

Henri de Toulouse-Lautrec was a much lauded artist whose short life was exemplified much more by his prodigious talent than by his medical condition. However, it certainly had a bearing on it, with some of historians claiming it contributed to the alcoholism which caused his death. Whether Lautrec's disease was indeed pycnodysostosis is hard to tell. He certainly had many of the symptoms, but pycnodysostosis was not medically coined until 1962 by the physicians Maroteaux and Lamy in France.

The defective gene which is known to cause pycnodysostosis was not isolated until 1996[1], 95 years after Toulouse-Lautrec's death. When to take into consideration Toulouse-Lautrec's stature (4 ft 8") and medical history, it is likely that he suffered from this particular condition. If not, it would have been something similar like another form of osteoporosis.

Because of the relatively recent diagnosis, the frequency of Touslouse-Lautrec syndrome is difficult to record. It can have similar symptoms to that of other bone diseases. Lautrec suffered from broken bones which never properly recovered. It caused him to be unable to perform many of the physical activities his peer enjoyed, which partly turned him toward the arts.

With the defective gene for pycnodysostosis only being discovered relatively recently, recognizing symptoms has been very important in diagnosis of the syndrome. While bone development isn't always as easy to register during adolescence, teeth might show signs earlier. According to a study on dentofacial characteristics[2], dentists can help to diagnose the problem in childhood.

This is because pycnodysostosis affects how the bones, teeth and nails develop. As in osteoporosis, the bones can become very dense. At the same time they also become very brittle. This is what is likely to have led to Toulouse-Lautrec's fractured leg bones. The fontanelle, the part of the skull which fuses together after birth, can be affected by this genetic syndrome as it may never fully close over.

Due to bone density and abnormally short stature of those with Toulouse-Lautrec syndrome, those with pycnodysostosis only grow to short heights. For males, the majority are under the height of 4 ft 11", with females even shorter. Teeth often grow in abnormal ways. They might take longer to develop and adults teeth can take much longer to grow after baby teeth fall out. The teeth can also have a different alignment, sometimes forming in a V-shape with teeth in front of each other rather than side by side.

Like other syndromes like Down's syndrome or fragile X syndrome, head shape and other physical traits are common. With pycnodysostosis this presents in a skull which is usually less full in the mid-face region, while the front and back of the head can be extended. Teeth may be abnormally aligned because of the palate forming abnormally.

The collar bone and spine also might be malformed or protruding. Hands and feet also have a particular appearance as fingers tend to grow short at the ends. This gives them a stubby appearance with bone destruction (osteolysis) occurring.

According to the Intractable and Rare Disease journal[3], the following are symptoms of Toulouse-Lautrec syndrome:

Different people may develop at different stages as, similar to many syndromes and disorders, not all symptoms will be present for everyone.

Toulouse-Latrec syndrome is an autosomal recessive disease. This means that both parents need to be carriers of the gene deformity to be able to pass it on to their offspring. This doesn't mean that a child of two carriers will get pycnodysostosis, but it does make it possible. The foundation of the syndrome is found in non-sex chromosomes (known as autosomes).

Pycnodysostosis occurs thanks to a defect in cathespin K, an enzyme which is needed for certain growth. If an insufficient amount is present, pycnodysostosis can occur.

While pycnodysostosis is a rare disorder, there are certain factors which might increase likelihood. This too is exemplified in the the Toulouse-Lautrec case as his parents were first cousins. This type of familial inbreeding is thought to increase the risk of developing the syndrome thanks to increased chance of two carriers procreating.

Now to the main topic of this article - treatment for Toulouse-Lautrec syndrome. As a genetically inherited syndrome, prevention is not possible (although research into genetic engineering may make this different in the future).

Bone density and brittleness make fractures almost inevitable, so prevention of falls and accidents is imperative. Bone fractures can not only be very painful, but also affect growth as they may repair abnormally. As brittle bones can give with little stress, there is a concern over false reports of child abuse. This makes early diagnosis very important.

Like Toulouse-Lautrec, a walk-aid like a cane might be used to help support the body. The life expectancy of someone with pycnodysostosis is normal, except for complications resulting from symptoms. This is why it is encouraged for those with the syndrome to exercise gently and not in a way which risks falls. Swimming is a good suggested physical activity for those who have the syndrome.

With the research into Toulouse-Lautrec syndrome still relatively new, there is room for development of treatment. As the condition is due to a cathespin K deficiency, human growth hormone might be used to help growth develop. This can help elongate the bones which have stunted growth. More research into the future of treatment of Toulouse-Lautrec syndrome (pycnodysostosis) needs to be carried out. If you think your child may be affected by this syndrome, you will need to consult your physician.

If you want to read similar articles to How to Treat Toulouse Lautrec Syndrome, we recommend you visit our Diseases & secondary effects category.

Why do I Have Pins and Needles in my Fingers
How Long Do Fracture Blisters Last?
How To Know If A Bone In Your Foot Is Broken
How to Avoid Restless Leg Syndrome
Most read
1.
How to Get Rid of Fluid Retention in the Legs
2.
Causes of Pain in Right Side of your Stomach
3.
How Long Does it Take for Prednisone to Work
4.
What Is The Normal Range Of Lymphocyte Count
5.
The Best Natural Alternatives to Prednisone
6.
What Does a Low Neutrophil Count Mean?
7.
What are the Symptoms of Low Platelets
8.
Natural Alternatives to Viagra

How to Treat Toulouse Lautrec Syndrome 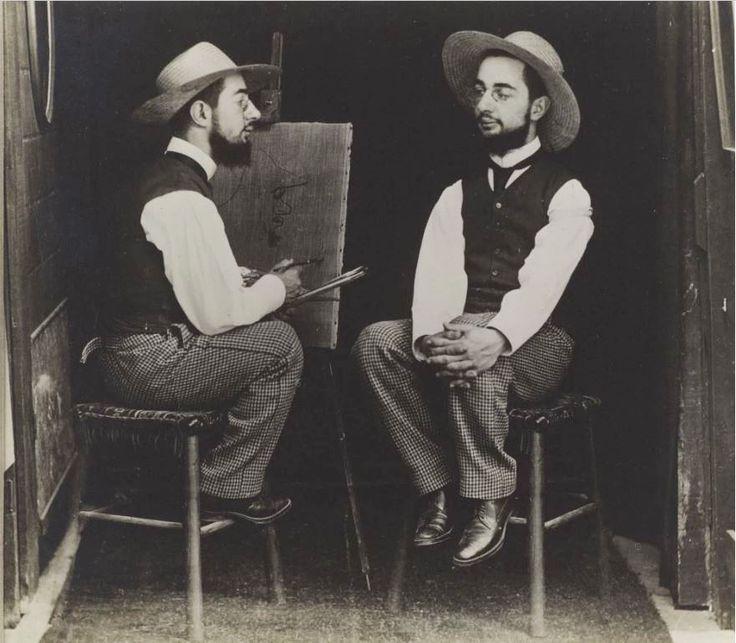 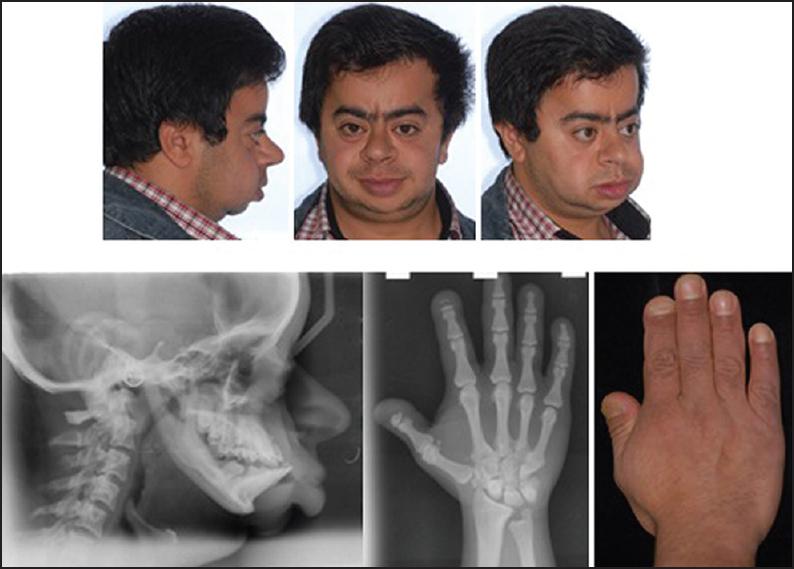 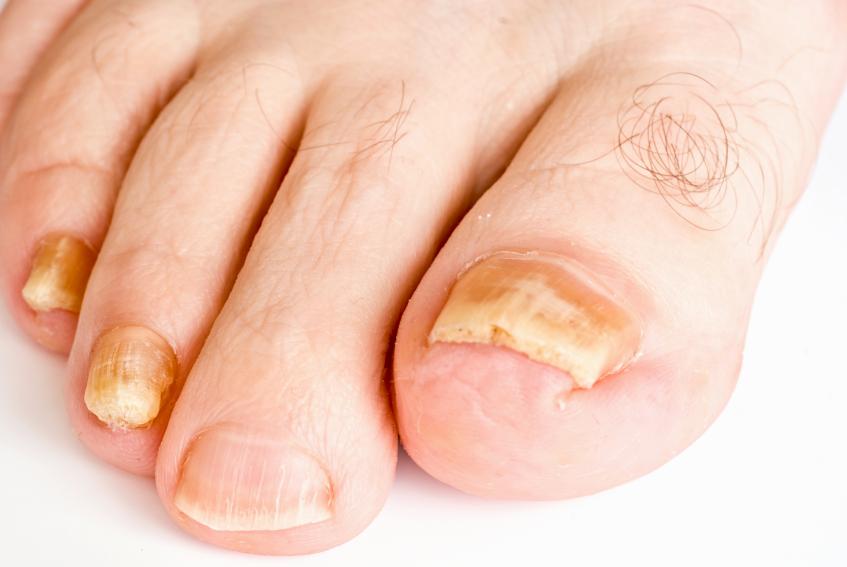