What Does the Gallbladder Do?

The gallbladder is an internal organ located under the liver that stores bileproduced by said liver. It forms part of the digestive system, the intricate series of organs which work together to process food for our survival. While it can sometimes be considered a non-essential organ, it has a purpose and function. However, this oneHOWTO article will go further than simply answering the question what does the gallbladder do when it's working. We'll also go into what the gallbladder does when it doesn't function properly, as well as going into a little about the interesting cultural heritage the gallbladder has for many communities.

What does the gallbladder do?

Have you ever heard someone say, "let's throw the pigskin around" when talking about playing catch with a football? This has led to the erroneous belief that footballs were originally made from the skin of a pig. In actuality, the reason this nickname exists is because footballs were often made from animal organs, a pig's gallbladder being appropriate for one main reason: it is hollow[1]. This allowed players to inflate and secure the gallbladder and kick it about the field with relative abandon.

Human gallbladders are equally hollow, similar to our bladders where urine is stored before it exits our bodies. If a bladder is a hollow sack used to store things, then why is it a gallbladder? It is so-called because it stores gall, another word for bile.

Bile is produced in our liver and it is necessary for breaking down fats which we eat as part of our human diet. If we don't produce bile properly, we will not be able to digest food properly either, leading to potentially serious issues. As bile is continuously produced by the liver, excess bile needs somewhere to be stored. This is where the gallbladder comes in.

The gallbladder is located under the liver just off the hepatic duct which connects the two organs. Bile produced in the liver goes through the duct, which is initially two separate ducts tapering into one. When needed, it continues through the duct and enters the duodenum (the first section of the small intestine). When excess bile needs stored, it goes into the gallbladder.

Gallbladders differ in size according to the size of their corresponding human, but they are around 4" long and can hold up to 1.8 ounces of bile. Like footballs, they can inflate depending on how much bile is inside, although not as much as some may think. The bile which enters the gallbladder will have changed when it exits. This is because the gallbladder also removes some water and electrolytes.

While we are answering what does the gallbladder do, for a few people this question should be what do the gallbladders do? This is because 1 in 4 to 5 thousand people have a double gallbladder and some may even have three[2]. This is usually due to differences during the developmental period. Sometimes what looks like a double bladder is actually one poorly formed bladder which splits into two branches.

What happens when the gallbladder doesn't work?

About one litre of bile is produced daily, and this organ is responsible for storing and releasing it. If the gallbladder isn't functioning properly, it can lead to some serious issues. Although usually treatable, if left untreated the tissue can rupture and serious side effects might occur. If experiencing abdominal pain, you should always seek medical advice in case the gallbladder (or any other organ for that matter) is the cause. Gallbladder problems are often diagnosed by ultrasound to scan the area.

Like appendix, the gallbladder is not considered an essential organ, removal of the gallbladder does present a very small risk of improper fat digestion and absorption, which may lead to diarrhea. This condition, however, is quite rare. Like all organs which are considered non-essential, it does not mean they do not have a purpose and that life is better off without it. They are useful parts of the digestive system and keeping your gallbladder healthy will benefit your overall health.

An unhealthy gallbladder can lead to cancer development, something usually remedying by extraction of the organ. However, thanks to its links to other parts of the digestive system, it can run the risk of spreading so it is very important it is taken care of. Gallbladders, like many organs in the body, also run the risk of developing polyps which may also need to be removed by surgery.

Cultural significance of the gallbladder

While we may see the gallbladder as being inessential today, in the past, it was deemed to have a much more important function. This was due to something called humorism. This was the holistic approach to medicine created by the Ancient Greeks and adopted by other cultures for around 2,000 years. It only really fell out of fashion around the 1800s, but still had some practitioners after this point.

The system was made up of the 4 humours, two of which directly relate to the gallbladder. The four were:

These four humors were related to different seasons, stages of life and temperaments. They were created in different parts of the body and each person had their own mixture of them. Black bile was the one associated with the gallbladder and was thought to represent a melancholic disposition.

From there, gall was taken on to mean something different. When you do something which may affront another, many people say, "they had to gall to do [such and such]". Gall in this meaning refers to temerity, excessive confidence or brashness. People who are bilious (i.e. full of bile) are those who show bitterness or spitefulness. It is likely the two are linked.

If you want to read similar articles to What Does the Gallbladder Do?, we recommend you visit our Diseases & secondary effects category.

What Does the Gallbladder Do? 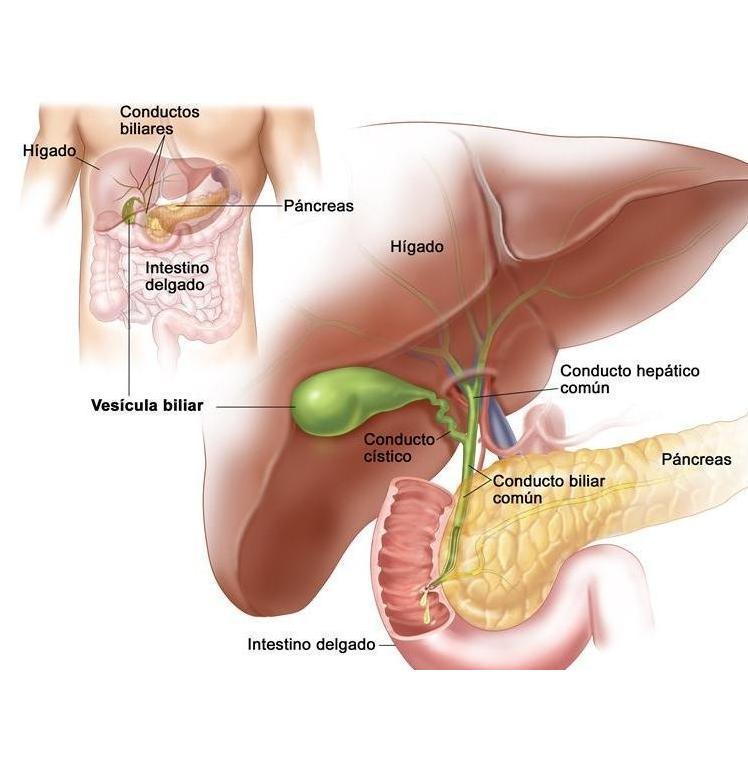 Image: microrespuestas.com
What Does the Gallbladder Do?
Back to top