Is Canola Oil Bad for You? 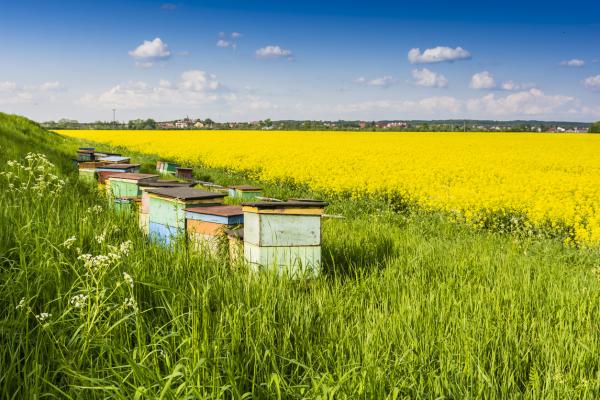 Many plant and vegetable oils we use for cooking are named directly by their source and canola oil is no different. How canola was produced is a little novel. Canola is a plant which is essentially a rapeseed plant bred to such an extent that two key substances have been removed - glucosinolates and erucic acid. The reason for this is because both of these substances are thought to be dangerous in high does. The resulting oil is high in health promoting in polyunsaturated fats and has omega-3 and 6 fatty acids. Why then are there so many articles and videos online making the claim that canola oil not only doesn't promote health, but can kill you? Keep reading oneHOWTO to find out is canola oil bad for you?

You may also be interested in: Is Eating Fried Food for Breakfast Bad for You?
Contents

Why did they make canola oil?

Low doses of glucosinolate are known to have health promoting properties, but like many chemical compounds, they may be toxic when in high doses. They are naturally found in cruciferous plants and vegetables, their presence helping to promote overall health. Similarly erucic acid is found in many plants, but high levels are thought to be potentially dangerous. The canola plant was bred from the rapeseed plant. They wanted to create a plant with much lower levels of these chemicals to reduce any potential risk. Rapeseed can have up to 50% erucic acid which can be potentially dangerous for heart health. Canola was bred to reduce this to 2% in the USA and 5% in Europe.

Bettering health benefits is not the only reason canola was created. It is also resistant to both drought and disease. This is something which rapeseed has in common and a reason why so much of it is produced. It is easier than some to cultivate and process. All oils are only to be eaten in low amounts due to their high fat content. It is the type of fat which concerns many nutritionists. Canola oil is known to be high in monounsaturated and polyunsaturated fats

Canola oil gets its name from the Rapeseed Association of Canada as it was first created in the early 1970's by the University of Manitoba in Canada. The name comes from "can" representing Canada and "ola" meaning oil. If its entire existence was because producers wanted to find an oil which was healthier than the alternatives on the market, why is it so vilified?

How do they make canola oil?

The process of making canola oil is similar to how most essential oils are made. The raw plant material is pressed to the point that the oil secretes, is collected and then filtered to provide the end product. There is a controversial step in the oil producing process which causes canola oil antagonists to claim it as unhealthy. Let's take a closer look at how the majority of canola oil is processed.

First, the raw canola is brought to the pressing unit. It will have a mixture of seeds and stalk, the later being removed by a mechanized industrial sieve. The seed is moved on to the next stage in the process, while the other plant material is collected and used for different purposes like cattle feed. In this way as little as possible of the raw material is wasted. It is then passed by a large magnet so that any metal which may have fallen into the seed is removed.

The seed is then crushed into flakes by a roller mill. These flakes go into a screw press, something invented and used by the Ancient Romans many centuries ago for olive oil and wine production. The press is hyper-pressurized, so the oil is forced out of the canola before being filtered. However, only about ¾ of this oil is removed by the screw press. The pressed flakes come out of the screw press as a new material. It is a dense, compact rendering of the canola flakes which is referred to as canola cake.

To extract the remaining oil from the canola cake, it is treated with a solvent for over an hour and this allows for almost all of the remaining oil to be extracted. Again, the remaining leftover cake is turned into animal feed. This is the main problematic point for anti-canola oil groups. The chemical they use to extract oil from the cake is hexane. It is a chemical solvent which is used for many industrial purposes. It is also one of the significant constituent parts of gasoline. The canola cake which is used as animal feed is washed again of the solvent, but some are concerned that it isn't enough. When the oil itself is used, there have been found to be trace amounts of hexane left in the oil.

Trace amounts of hexane does sound concerning, but canola oil is FDA approved and they did take this into consideration. It has been found that for every kilogram of oil produced, around 0.8 mg of residual hexane can be found. This is the same for other vegetable oils which are treated with a hexane solvent. As the toxicity of hexane exposure is relatively low, this does not appear to do the individual any damage. In fact, it is such a low amount it constitutes about 2% of the average daily intake of hexane from all sources. This means if you are concerned about hexane in your canola oil, you should be more concerned about inhaling hexane at the gas pump. Fumes from the gas pump amount to a much greater percentage of hexane intake by many people.

What other concerns are there about canola oil?

Promoted as a healthy, sometimes the healthiest, of cooking oils, some claim this to be misleading. This is because they claim healthy omega-3 fatty acids in canola oil are turned into transfat, a very unhealthy version of fats which are linked to current obesity epidemics in industrialized nations. The process of deoderization is the final step in all vegetable oil production, not just canola oil production. A centrifuge helps to remove natural impurities before it is cooled to remove the waxy residues which cloud the oil. These waxes are also sent on to be used in vegetable spreads/shortening.

The deodorization happens after the oil is bleached to lighten the color. it involves a steam injection heating process which removes the stronger flavor consumers reportedly do not want to have. During this steam injection process, the oil is heated to over 200 ºC which can turn some of these essential fatty acids into trans-fatty acids. However, the process has been modified and investigated over the years to limit this from happening.

What you do to the oil once it has been bottled and sold has to do with its relative health benefits. Cooking with oil involves something called the "smoke point". This is the temperature at which the oil starts to burn and can turn its elements into something unpleasant and potentially unhealthy. Canola oil is one of the better ones, with unrefined canola oil having a smoke point of 200 ºC. This makes it one of the better options when you consider quality versus price.

The concerns about turning health promoting elements of canola oil into health adverse elements is valid. However, it is a concern which should exist for any sort of vegetable oil production where it is refined, bleached and deodorized. With strict regulations in force and eaten as part of a balanced diet, it is hard to argue that canola oil offers much greater a risk than any other commercially produced vegetable oil.

Who says canola oil is bad?

Yet argue they do. But who are the they we mean? A lot of the articles you can find online are from sources which have their own agendas about nutrition. Many articles cite something called the Weston A. Price foundation which purports to advocate for healthy living through a diet advocated by the nutritionist Weston A. Price. Much of the advocacy centers on the controversial view that a human's necessary nutrition comes exclusively (or almost exclusively) from animal fats. There is a direct vested interest in promoting animal fat products for cooking, so it is difficult to accept some arguments if there is a possibility it will fit in to a larger, partly unsubstantiated, narrative.

This occurs too with other nutritionist websites which make similar claims against canola oil. Of course, the other side of the argument lies mainly in the court of big food companies, such as the much maligned Monsanto. Their controversial history has been well-documented, with concerns particularly over processing and cultivation. However, not much of the criticism can be directed at the product itself. This is because it has been the subject of many studies by relatively unbiased departments in universities. While there are university and laboratory studies which support some of the claims made against canola oil, particularly the action of fats on the human body, there is little conclusive evidence. There are more studies which support the view that canola oil is relatively good for you in comparison to other vegetable oils, even with the perhaps controversial production methods.

Part of the narrative involves stories like the one about canola oil in Spain killing hundreds of people. This was due to something called toxic oil syndrome where an industrial oil called colza oil was used incorrectly in food preparation. Colza oil is also a derivative of rapeseed, so it was falsely claimed that canola oil was to blame. There have been other similar occurrences where canola oil has had some bad PR, but it is often the fault of the manufacturer, rather than the oil itself.

The other concern is over the development of genetically modified food, something which about 60% of Canada's canola oil production may contain. This is part of a different, much bigger argument on the risks of genetically modified food. If you want to negate its potential adverse effects, using organic cold-pressed canola oil will cut these arguments against it down. If there oil has been subjected to rigorous testing and quality control, it should be a great option for you. If you are still too concerned about production quality, then only use organic cold pressed canola oil.

If you want to read similar articles to Is Canola Oil Bad for You?, we recommend you visit our Healthy living category.

Are Cruciferous Vegetables Bad for You?
Why Is Okra Good for You
Is Eating Ghee Every Day Good for You?
Benefits of Eating Grape Seed Oil
Most read
1.
How to Get Rid of Fluid Retention in the Legs
2.
Causes of Pain in Right Side of your Stomach
3.
How Long Does it Take for Prednisone to Work
4.
What Does a Low Neutrophil Count Mean?
5.
What Is The Normal Range Of Lymphocyte Count
6.
The Best Natural Alternatives to Prednisone
7.
Home remedies for ringing in the ears
8.
What is the Normal Range of Eosinophils in Blood?

Is Canola Oil Bad for You? 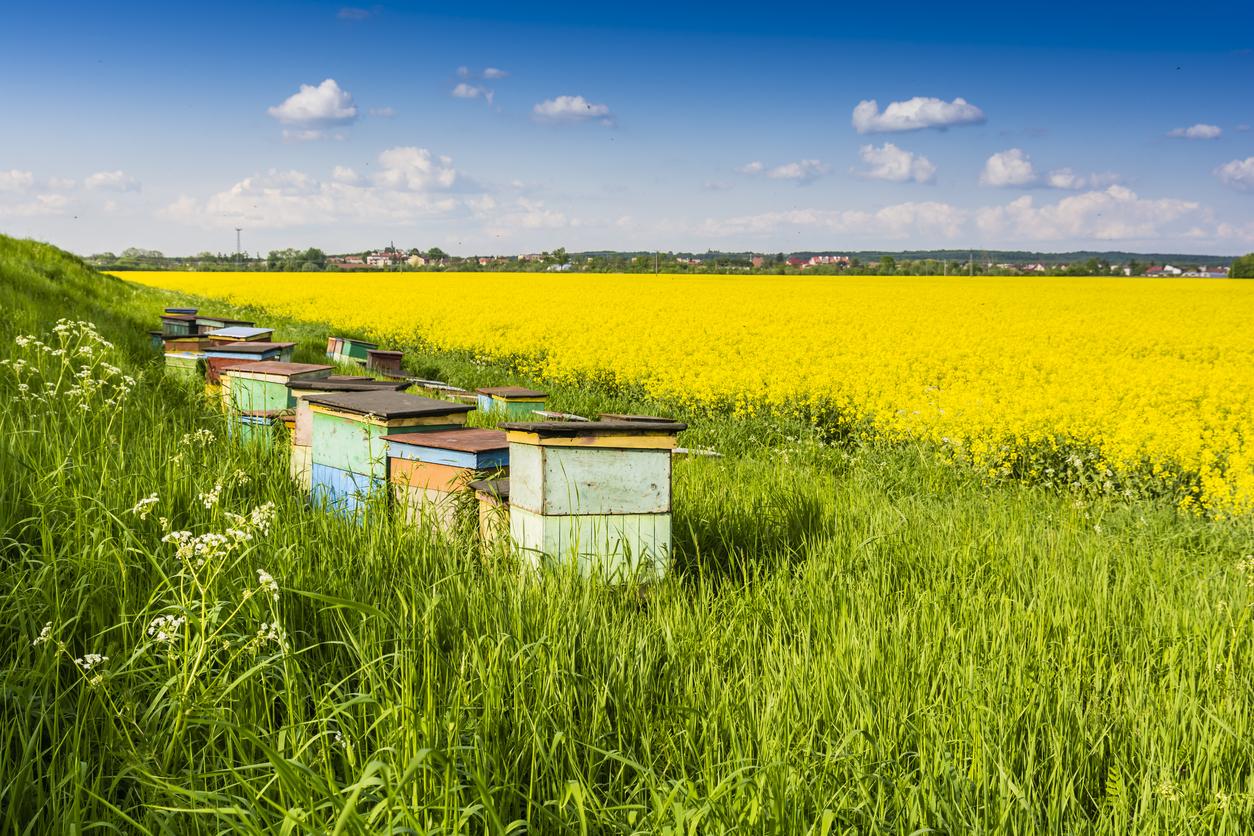 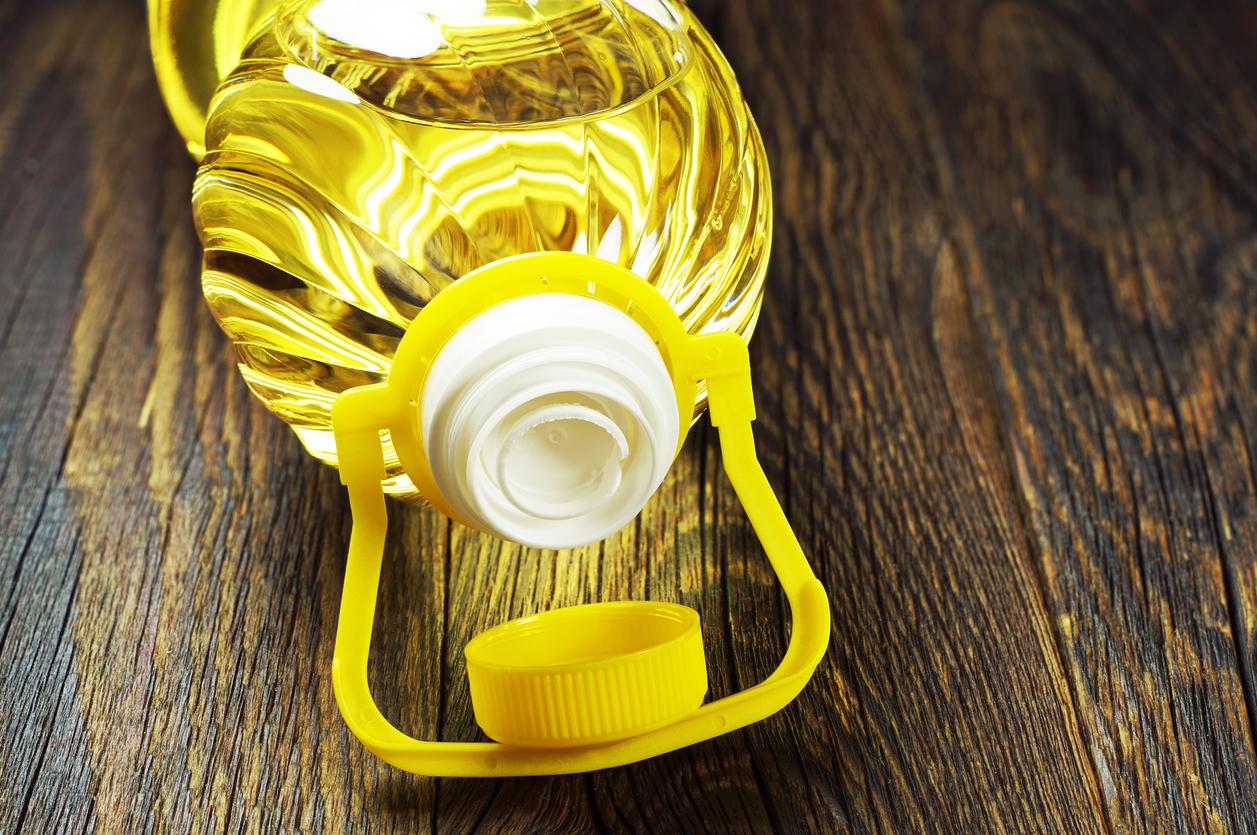 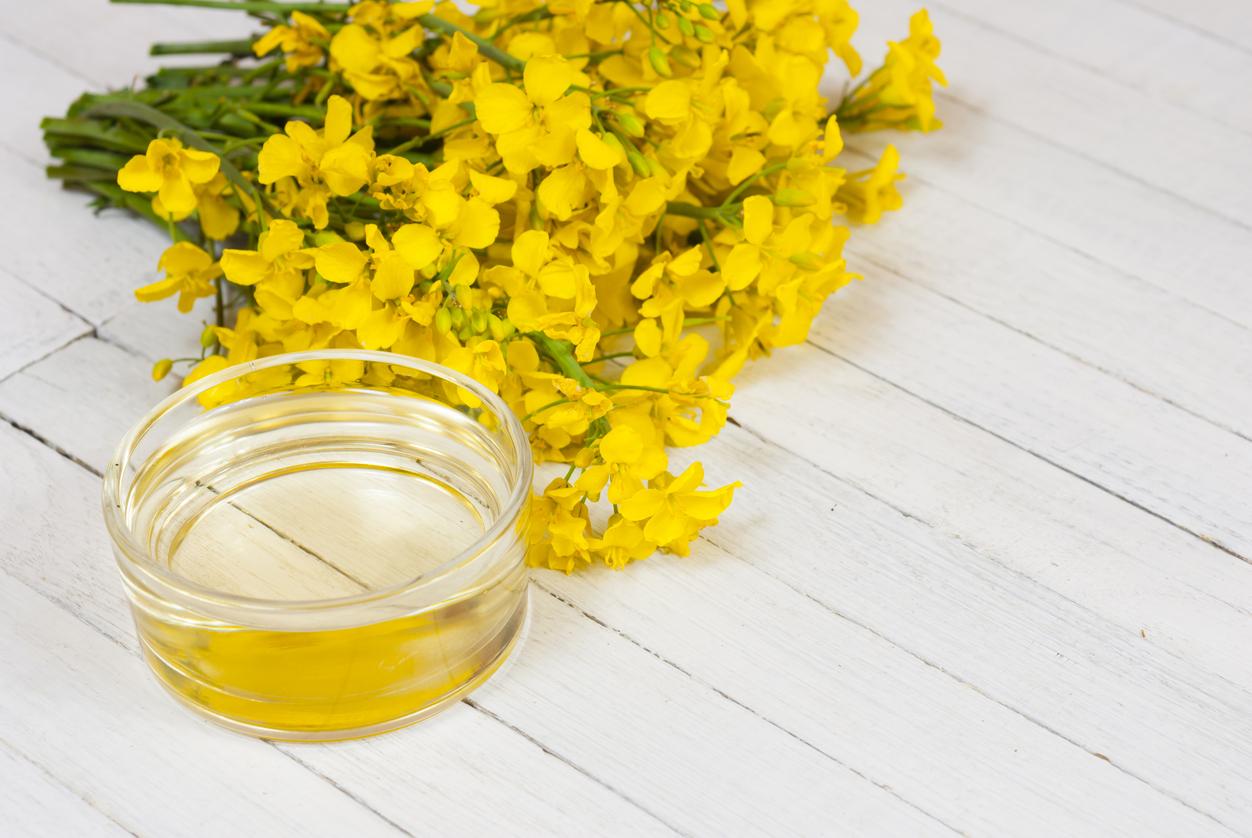 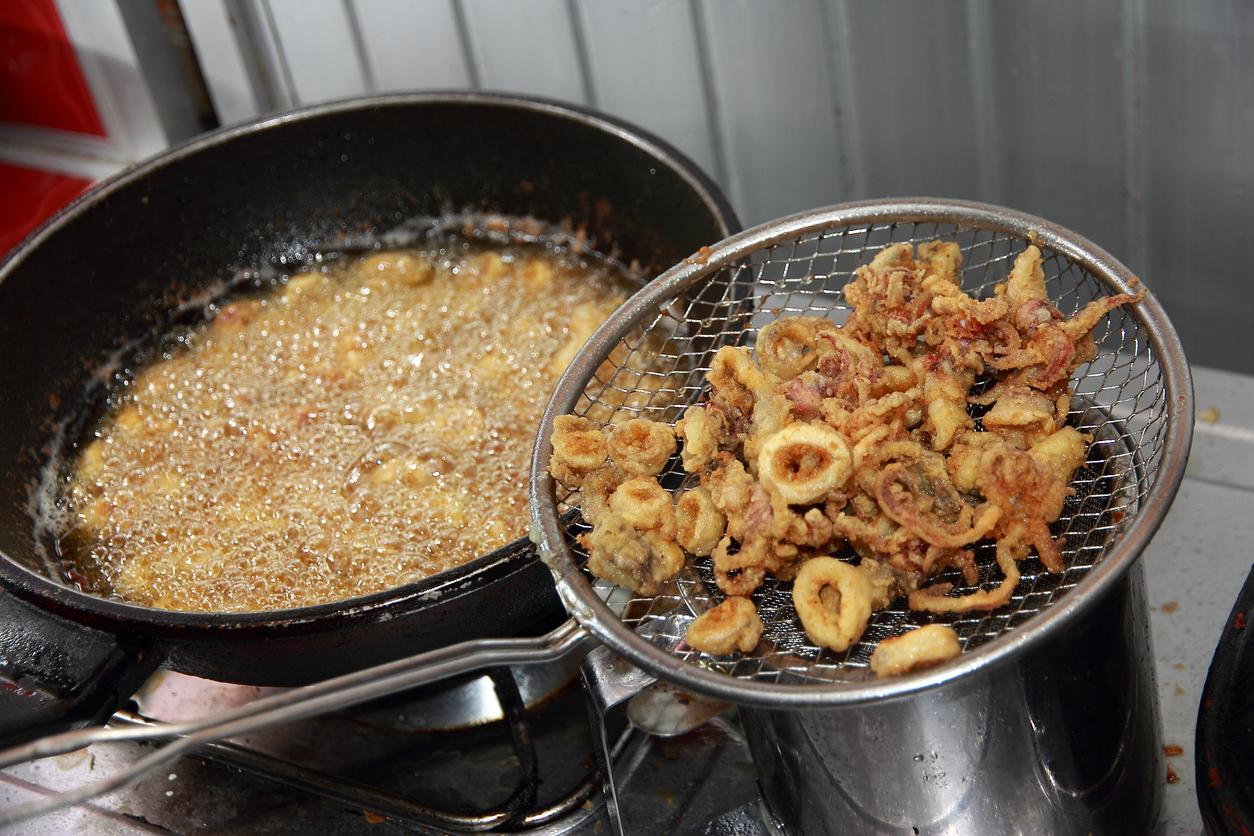