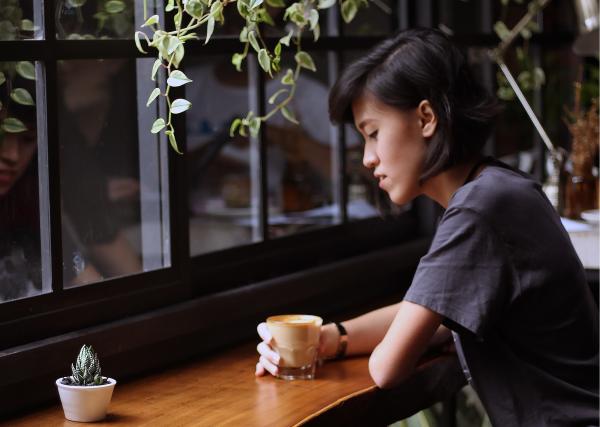 Has your mom ever told you to pout down the milky coffee when you have the sniffles? The reason given for avoiding milk when you have a cold is that it produces more phlegm and mucus, reducing recovery time and making the symptoms worse. Eating dairy can seem to have a viscosity we associated with coughs and sneezes.For ages, milk has been blamed for increasing production of phlegm and even causing snoring and asthma. This is why you may be surprised to hear there is little scientific evidence to support this claim. A recent study found that there is no connection between milk consumption and phlegm production. However, some people still swear by it. In this oneHOWTO article, we will try to find out does milk make phlegm worse?

You may also be interested in: Benefits of Lactose-Free Milk
Contents

Mucus is a viscous fluid produced by many lining tissues in the body. It protects and moisturizes the body layers to keep organs from becoming dry. It is also helpful in trapping irritants, like bacteria, smoke and dust. It has antibodies and antibacterial enzymes that help in fighting off infections. The mucus secreted in the respiratory system is known as phlegm and is particularly important in fighting airborne pathogens. It is sometimes known as catarrh.

Normally, our body produces around 1 liter of phlegm in a day, but this quantity may increase significantly in times of illness. Respiratory conditions like flu, cold and sinusitis, as well as allergic reactions, are common illnesses related to increased phlegm production. When you are sick, this phlegm becomes thicker than normal, making it difficult to clear it. This phlegm also becomes green-yellow in color when you are sick. Many glands in different parts of the body produce mucus, including the lungs, mouth, throat, sinuses, gastrointestinal tract and nose.

Where did the milk and phlegm myth come from?

For ages, there is a belief that milk increases formation of phlegm in the sinuses, despite the fact that there is no scientific evidence to support it. After drinking milk, the saliva temporarily becomes a little thicke and people might confuse it with phlegm. No scientific proof exists that shows that drinking milk produces phlegm in the throat and airways. It also does not worsen any asthma or cold symptoms.

Although most people shy away from drinking milk when they have a cough or cold, clinical trials have not shown any association with milk and increased phlegm[1]. Scientifically, milk does not increase any nasal secretions, nose symptoms, congestion or coughing. Some experts say that milk makes saliva thicker. It applies a coating on the throat which people perceive as increased phlegm. Furthermore, milk is known to contribute towards accelerated recovery.

Relationship between milk and phlegm production

While many people hold the belief that consuming milk can increase production and accumulation of phlegm in lower and upper respiratory tracts, there is no scientific proof. According to a study, milk and some dairy products have no association with increased nasal congestion and nasal secretions. Since many people report that they feel more congested after drinking milk, it might be related to the fact that milk has almost the same thick consistency as phlegm, because of which they may feel increased congestion.

How milk may improve your immune system

If you have unusually high phlegm amount in your sinuses, whether suffering from a flu, cold or sinus infection, then consuming milk can actually help. It reduces excess phlegm by improving your immune system and fighting off your illness. Milk contains conjugated linoleic acid which boosts your immune function. It also provides beneficial bacteria termed as probiotics to your system that boost your immunity and fight off infection. Vitamin D present in milk is also helpful in resisting cold and flu, thus preventing them from developing further in your body.

Other benefits of milk for phlegm

In addition to boosting your immunity, milk also has several other advantages to reduce the amount of phlegm in your body. First of all, drinking milk, and almost any liquid, helps in thinning your phlegm and promotes recovery when you are sick. Milk may meet your enhanced need for fluids while you are ill. Milk contains nutrients and electrolytes that cause even more hydration to your body than water. Cold milk can soothe your sore throat and provide nutrition which you may not get otherwise.

If you have increased phlegm production, you may experience the following symptoms:

Such symptoms are usually caused due to a sluggish respiratory system, lymphatic system and digestive tract. These may be due to an excess production of phlegm. Your digestive tract has several tiny microvilli that are responsible for absorbing nutrients in the food. Most of this absorption happens in the small intestine.

When there is excess buildup of phlegm, a glue-like substance builds up in your body. It deforms your intestines and blocks many systems of the body. This kind of obstruction often results in digestive problems and you overall feel sick. Allergies may also lead to excess phlegm production, such as allergies to pet dander, pollen, dust and smoke. Pollution, viruses, bacteria and household chemicals are also major contributors of excess phlegm production.

Although milk is not scientifically associated with increased production of phlegm, there are certain foods that are known to do just that. Some of them include:

There are other treatment options that may be helpful in relieving excess phlegm on your system. Symptoms of common cold can improve with proper rest and over-the-counter anti-inflammation medicines like acetaminophen. OTC cold medicines like decongestants may also be helpful in relieving the condition. If your increased phlegm production is caused due to seasonal allergies, then you may treat it with nasal steroid sprays, decongestants and antihistamines. Saline nasal rinse like a neti pot is an option for you if you want to get rid of excessive phlegm without using medicine. Nasal irrigation may also be done with squeeze bottles and bulb syringes. All these methods are known to thin out your phlegm and clear your sinuses and airways.

Decongestants work by reducing flow of blood to your lining tissues in the throat and nose. Antihistamines limit or block the histamine action, the substances that produce allergic reactions. Guaifenesin is an expectorant that makes the phlegm thinner so that it becomes easier to cough up.

If you are suffering from a sinus infection, then you may need to treat it with antibiotics under professional medical supervision. If your phlegm lasts for 10-14 days and if your symptoms worsen even after one week, then experts recommend you to see a doctor and seek medical assistance.

If you want to read similar articles to Does Milk Make Phlegm Worse?, we recommend you visit our Healthy living category.

The Health Benefits of the Daikon Radish
What Foods Contain Lactose
What Are The Benefits Of Oat Bran
Is Eating Ghee Every Day Good for You?
Most read
1.
How to Get Rid of Fluid Retention in the Legs
2.
Causes of Pain in Right Side of your Stomach
3.
How Long Does it Take for Prednisone to Work
4.
What Does a Low Neutrophil Count Mean?
5.
What Is The Normal Range Of Lymphocyte Count
6.
The Best Natural Alternatives to Prednisone
7.
Home remedies for ringing in the ears
8.
What is the Normal Range of Eosinophils in Blood? 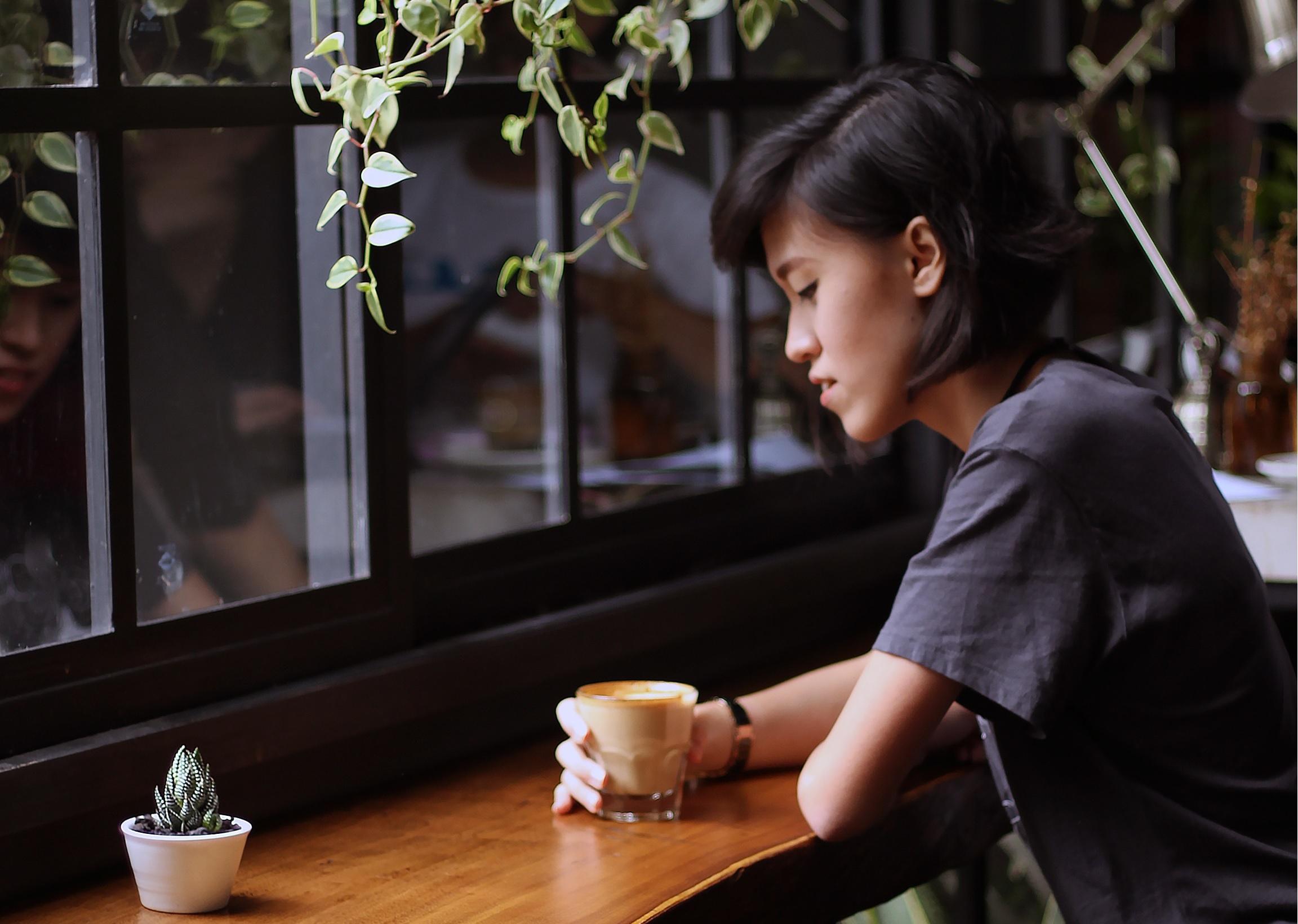 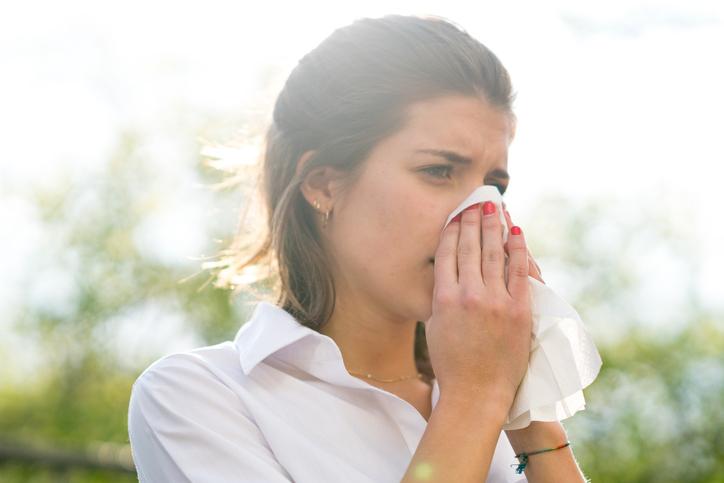 1 of 2
Does Milk Make Phlegm Worse?
Back to top